A few thoughts in response to Prof. Chaim Saiman’s and Dr. Yoel Finkelman’s article on Partnership Minyanim in their ongoing discussion with R. Yitzchok Adlerstein (I, II, III). But first, two brief introductory comments. First, I consider all three friends, minor disagreements notwithstanding. Second, I am probably closer in hashkafah to the prior two than I am with R. Adlerstein. That is why I find their essay compelling and worthy of comment.

I. How Are We Doing?

Is the Orthodox community flourishing despite the heterodox (and atheist) challenge? I think the clear answer is that it is not, despite the frequent rhetoric to the contrary. Look at the numbers in the Pew study. Orthodoxy has remained at the same percentage of Jews for a long time, and Modern Orthodoxy seems to be shrinking. With our birthrates well over replacement, why hasn’t the Orthodox community tripled in size in the last twenty years? Additionally, we see that even among the yeshiva and day school educated, some are rejecting key elements of faith and practice, both on the left and on the right although I think it is more a problem on the left. The Open Orthodox community treat Yitz Greenberg and David Hartman as Gedolim! This is not the place for a discussion of their theologies but people familiar with them can understand why they are problematic. They are precisely the heterodox challenge we are currently facing.

Where is the positive theology? Why do we only hear “no” about women’s issues and never “here is what to do”? I find it extremely frustrating. All I add here to the authors’ point is that blame should not be placed solely on Rav Schachter’s doorsteps. The silence emanating from other quarters, including leading Modern Orthodox thinkers around the world, is deafening. Rav Schachter is not the Torah scholar closest to those raising these questions. He is the one left doing the hard work when everyone else is silent. This is an area in which we need active leadership but the thought leaders to whom Chaim, Yoel and I turn are uncharacteristically reticent.

The best description I heard for the Modern Orthodox approach to women’s issues is “muddling through” (I’m not sure who first said this). We try to balance changing reality with halakhic guidance and communal stability. Social experimentation is dangerous and always yields unexpected results. We need to proceed slowly, cautiously, building consensus and making sure not to follow avenues that prove to be either halakhically or communally unsound.

Open Orthodoxy lacks all caution. They change first and evaluate impact later. I prefer to see its root in frustration but I wonder whether there is also an element of disregard for tradition and halakhah. Either way, the attitude is profoundly irresponsible–halakhically and communally. It is nothing short of a failure of leadership and a rebellion against tradition. We are stewards of a community dating back thousands of years. We have no right to risk overturning the cart. Sometimes people complain about public policy decisions but that is what leadership is all about.

Is feminism good? Does it represent positive Torah values? These questions are largely meaningless because the term Feminism is too broad. Wage equality, to take one example, is certainly a good thing. Inequal pay for equal work is simply unfair. In one sense, every Jew supports feminism. Indeed, Rav Schachter supports women’s advanced study of Talmud in many forms. But that says nothing about other, more radical feminist agendas. There is a difference between growing women’s roles in Judaism and creating exactly equal roles for men and women. Supporting the former is not the same as supporting the latter. See this recent essay about misogyny in the Talmud (link). That is not about fairness and letting our daughters utilize their full talents but about rejecting elements of Jewish tradition.

Saiman and Finkelman surprisingly state that Orthodox family life is stable. I would like to see the data underlying that claim. My impression is that divorce has risen significantly in the Orthodox community. Perhaps the Orthodox divorce rate is still well below that of secular society, bit it seems to have grown significantly. That is what I hear from the professionals, although I have no data to back up the claim.

I do not blame the (assumed) growth in divorce on women entering the workplace in large numbers (nor on the Internet). I blame it on the simple truism that Jewish communal trends follow those of the society in which the Jews reside. A growth in general divorce will inevitably lead to a growth, perhaps smaller, in Jewish divorce. The same applies to all trends. We do not, and do not want to, live totally disengaged from the broader society. Which brings us to our next point.

The intellectual trends underlying Partnership Minyanim, and Open Orthodoxy in general, are unsurprisingly reflections of cultural trends in general society. The rise of the individual is the story of modernity but lately it has taken an extreme turn as the primary, if not sole, priority. This culture of narcissism, with all of its corresponding heightened concerns for fairness and equality above other issues, characterizes our times. It does not have to be like this forever. The pendulum of cultural trends swings back and forth. We are currently in a period of liberalism, of individual rights taking precedence over the wellbeing of family and society. The pendulum will swing back and we will see more clearly that Open Orthodoxy is just a passing fad.

We need to consider whether the arguments used to promote Open Orthodoxy will seem outdated in a decade or two. We need to be wary of making permanent religious changes based on what will eventually become clear are passing concerns.

Which brings us to the real problem: halakhic process. We all recognize that halakhah is complex and has many avenues of argumentation. Who make the final calls? Note the plural–there usually is no single opinion. If you look at the Frimer paper on Women’s Prayer Groups from the 90’s (with which I take issue on many points) and their recent paper on Partnership Minyanim, you will see that they take care to utilize only halakhic decisions by recognized Poskim. This is not some sort of “Da’as Torah” attitude but the way halakhah has timelessly been decided. Why did people send halakhic questions to the Geonim, waiting months and paying money for a response? Why didn’t the Local Orthodox Rabbi just decide. Because rabbis need to know their limits and the most contentious issues must be brought to the greatest experts.

Open Orthodoxy has no poskim. They let anyone with the title rabbi, and even those without the title, make groundbreaking halakhic innovations. That is simply irresponsible and reflects a lack of seriousness toward halakhah. Speaking generally, it seems to imply that halakhah is a barrier we need to overcome, not a guide for life. As long as we can find some opening, some lenient opinion on which we can somehow rely even if only tenuously, we follow it. That is a real problem. If a posek of serious stature would support these innovations, much of the criticism would subside. There are Dati Leumi poskim–for example, R. Nachum Rabinovich, R. Aharon Lichtenstein and R. Yaakov Ariel. And there are Charedi poskim who are sensitive to Modern Orthodox concerns.

We need many things in our community. We need voices of strong resolve and we need nuance. We need apologetics (in the best sense of the term) and we need a comprehensive philosophy. We need halakhah and we need hashkafah. While they may only come piecemeal, we should strive to produce all of them because they appeal to different constituents and even different aspects of people’s personalities. I think we have now heard plenty of halakhah and strong resolve. I look forward to the creation of a vibrant literature of philosophy and apologetics, full of nuance and depth. 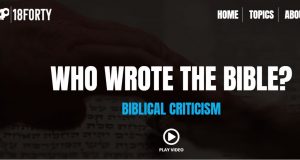