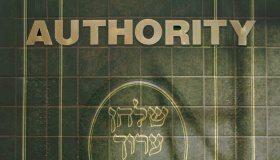 A recent critique of Rav Hershel Schachter’s responsum on Partnership Minyanim provides a limited explanation of Rashi’s view on rabbinic qualifications. According to this view, any rabbi with minimal qualifications may rule on any halakhic issue, regardless of complexity. A further investigation reveals a very different approach that fully supports Rav Schachter’s position. What I undertake here is not a comprehensive review of either Rav Schachter’s views or the critique of his views (links below). I am merely exploring one issue raised in the discussion.

The Gemara (Sotah 21b) asks who is a chasid shoteh, a pious fool, and provides numerous answers from different scholars. One answer is a man who refuses to save a drowning woman for modesty reasons. Another answer is someone who gives a poor man enough money so that the poor man is now disqualified from receiving other charity, thereby harming him.

The sage Ulla defines a chasid shoteh as someone who learned texts but did not serve under established scholars (kara ve-shanah ve-lo shimesh talmidei chakhamim). Rashi (22a) explains that this refers to someone who studied the texts but failed to adequately master their underlying meaning. He knows the basic laws but fails to fully grasp them and will therefore misapply them. He thinks he knows how to pasken, issue halakhic rulings, but his learning is actually limited. Such a person, the Gemara later says, is an am ha-aretz, an ignoramus. His little knowledge is dangerous when put into practice.

The Gemara later quotes a similar saying: those who teach Tannaitic sayings destroy the world. How so? Ravina explains that they issue halakhic rulings based on those sayings. Rashi (sv. she-shonin) further explains that they did not serve under scholars and therefore do not adequately understand the laws they learned. Paskening, issuing halakhic rulings, requires a profound understanding of the underlying principles and an ability to apply them properly to practical questions. Only someone who has studied under a master, who truly understands the laws, may rule on practical matters.

Rashi similarly explains the varying definitions of a rebbe, a Torah mentor. The Mishnah (Bava Metzi’a 33a) discusses the priority given to a rebbe over a father. Even though respect for one’s father is an important biblical commandment, the respect for one’s Torah teacher is an even more important biblical commandment. Both deserve your respect but when faced with an unavoidable conflict, one that cannot be creatively satisfied without choosing, you must assist your rebbe first.

The Gemara (Sanhedrin 42a) quotes R. Yochanan as saying that the Torah battle (milchamtah shel Torah), the thrust and parry of proof and counterproof, can only found with someone who has “packages” of Mishnah. Rashi (sv. milchamtah) explains that someone who merely speculates about explanations is not truly reaching the depths of Torah. You need breadth in order to reach depth. You need a balanced understanding of a wide span of Torah in order to truly understand a single law. Speculation, attempting to understand an explanation, cannot be confirmed without further proofs and counterproofs. You cannot test a theory without additional evidence. Only someone with a breadth of knowledge, with packages full of Mishnah from which to cull evidence, can arrive at a sustainable understanding.

According to Rashi, a Torah scholar needs balance. He must have breadth of knowledge throughout the Torah’s many areas and a depth of understanding. Someone lacking that must have humility, must recognize that he is, at least in some respects, an am ha-aretz. If he fails to maintain adequate humility, if he oversteps his abilities, he may even be a chasid shoteh.

IV. Who Can Pasken?

The Maharsha (Sotah 22a, aggados sv. yerei), writing just decades after the publication of the Shulchan Arukh, strongly opposed those who issue halakhic rulings directly from the legal code. They are like someone who knows the laws but not the explanations, who lacks shimush talmidei chakhamim. As such, they are essentially ignoramuses. The Maharsha was later joined by other luminaries, such as the Maharal and the Bach. They follow Rashi in insisting that a rabbi understand the underlying reasons for a law before paskening on it.

The Pischei Teshuvah (Yoreh De’ah 242:8) suggests–only as a possibility (ve-efshar)–that this problem was eliminated by the publication of commentaries on the Shulchan Arukh that explain the laws. According to this approach, it is possible to avoid the problem of failing to understand the laws by studying and understanding the commentaries. This should solve the problem. However, there are times when someone with insufficient breadth or depth will fail to completely understand the issues. Secondary knowledge, especially when studied from a book, is certainly inferior to mastery of the primary sources. Note that the Arukh Ha-Shulchan (Yoreh De’ah 242:36) rejects this entire approach that does not require study of primary sources.

Regardless of whether we follow the Pischei Teshuvah or Arukh Ha-Shulchan, someone with breadth and depth has more of a right to pasken than someone who merely learns explanations from the commentaries. The person with the overflowing packages of Mishnah, who has undergone a true battle of Torah, has a much more profound and well-rounded understanding of the Torah. The student of secondary sources may very well miss an important issue because the case he is facing is different than that discussed in the commentaries.

In Rav Hershel Schachter‘s responsum on Partnership Minyanim (link), among the many things he states is that not everyone who went to yeshiva, not even everyone with rabbinic ordination, is a well-rounded Torah scholar. Indeed, rabbis have usually passed tests on a limited amount of material, for at least some parts of which they probably studied only secondary sources. It is the rare rabbi who has mastered the Talmud, gaining both breadth and depth. These rabbis are the people who have the ability to truly pasken. Lower rabbis like me may be able to apply the codes and commentaries, but we often fail to recognize unusual circumstances that are not addressed by the commentaries. We defer when those greater disagree and bring any but the obvious questions to those with more knowledge and experience. Most local rabbis and yeshiva teachers lack the mastery of sources necessary to qualify for the breadth and depth Rashi requires.

R. Ysoscher Katz responded to Rav Schachter on a number of issues (link). His first point is on the question of who may pasken. He suggests that while the Maharsha insists that only a “great” Torah scholar may pasken, Rashi believes that any qualified rabbi not only may but must issue halakhic rulings.

R. Katz’s inference from a single Rashi is questionable. The Gemara learns from a verse that uses the word “atzumim” that a Torah scholar who is capable of issuing a halakhic ruling (higi’ah le-hora’ah) is obligated to do so. According to Rashi, “atzumim” is a form of a word that mean to close, as in a scholar closing his mouth and refusing to issue a halakhic ruling. R. Katz infers from this that Rashi does not require great Torah scholarship to rule on halakhic matters, an inference that is at best weak. In contrast, Maharsha explains “atzumim” to mean greatness and importance. R. Katz infers from this that Maharsha requires greatness in order to rule.

As we have already seen from many comments in multiple tractates, Rashi’s view is in consonance with Maharsha’s. The Gemara is discussing a Torah scholar who is qualified to issue a ruling. According to Rashi, that means he has both breadth and depth, he has packages of Mishnah about which he has learned the underlying explanations. This is precisely the person Maharsha has in mind. Indeed, both Rashi and Maharsha support Rav Schachter’s position that only someone with breadth and depth should issue halakhic rulings, particularly on complex issues.