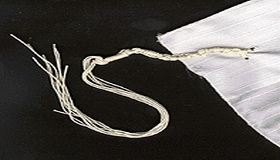 The question of the moral intution of the Sages has been the subject of a recent exchange of op-eds between Josephine Felix and Rabbi Gil Student on the Jewish Press website, and those of Rabbi Ethan Tucker and Rabbi Shlomo Brody on Times of Israel. The proximate cause is the challenge posed by feminist theory to the gendered system of Orthodox Jewish ritual. Does the restriction of women from donning tefillin, developed in the literature of the Rishonim and codified in the rulings of Rema (Orach Chaim 38:3) and Aruch Hashulchan (OC 38:6), reflect a Rabbinic tradition fully in sync with the oppression, stereotyping and patriarchy of Greco-Roman attitudes toward “the second sex?” Tucker and Felix vote yes. Brody points out that the absence of the tefillin prohibition from the Talmud undermines Tucker’s argument – indeed, the Sages of antiquity by and large allowed women to wear tefillin, and thus afforded women full “citizenship” in the Halakhic polity. In contrast, Student asserts that the Torah advances a weltanschauung that includes gender roles, albeit one that is ostensibly benign rather than oppressive. I suggest an additional perspective.

In his landmark essay “Rupture and Reconstruction,” Prof. Haym Soloveitchik notes that the Aruch Hashulchan, R. Yechiel Michel Epstein’s late nineteenth century reformulation of the Shulchan Aruch, was among the last of the codes that reckoned with the “mimetic tradition,” that “saw the practice of the people as an expression of Halakhic truth.” Its author, writing at the end of the nineteenth century, articulates a particular view regarding the accepted communal practice with regard to women’s participation in time-bound rituals. He presents a local rationale for prohibiting women’s tefillin in OC 38:6, but presents a more interesting programmatic formulation earlier in the volume.

In Orach Chaim, Hilchos Tzitzis 17:2-3: “… but our women make blessings on sukkah and lulav… and according to this, also with regard to tzitzis, it would seem that they are able to enwrap and bless. But in truth, we have not heard this. And we don’t allow them to wear a tallis, and certainly not to recite the blessings. And this is not similar to shofar and sukkah and lulav, for they come once a year and the mitzvah is momentary; but tzitzis, its obligation is year round and not pleasant (נאה) for women. Moreover, all those mitzvos are obligatory for men, so they can also do them. But tzitzis is not obligatory, as I have written in chapter 19, so how can we permit women to do it? And this is the intent of our master, the Rema, who wrote: ‘And nonetheless if they want… but it appears as yuhara (ostentation). And therefore they should not wear tzitzis, since it is not an obligation incumbent upon the individual.’ Meaning: It seems as ostentation since it is constant, and also since it is not an obligation for a man except when he has a four-cornered garment. And therefore we do not allow them to practice this mitzvah. And such is the practice, and it is not subject to change.” [1]I thank Rabbi Hanan Balk for bringing this source to my attention.

Of particular interest is the first of the two rationales presented here. For R. Epstein, a key problem with women’s participation in exempted daily obligations — tzitzis, and by the same logic tefillin — is that daily obligations are “not pleasant” for women, and therefore represent ostentation, yuhara. But what is the connection?

R. Epstein appears to argue that with regard to women’s observances, there is a need to circumscribe public displays of religious ostentation — sincere or not — which have a particularly corrosive effect on others, and ultimately societal structure.

Unlike shofar, lulav, and almost every other time-bound religious obligation, women’s public observances of a daily commitment has the potential to foster a socioreligious hierarchy in which feminine piety is identified with observance of this commitment. A publicly-observed option has a way of becoming an obligation — both for idealistic reasons (why should I not do an extra mitzvah and amass more merits?) and not-so-idealistic reasons (I want to show my community that I am a groyse k’nocker, a big shot). Perhaps this is the meaning of yuhara: ostentation in the setting of daily ritual commitments is corrosive because it raises a non-obligatory mitzvah to an obligation and inevitably crowds out other values to which the Torah assigns importance, or at least which women should be allowed to opt for unselfconsciously (e.g., child-bearing and -rearing, which don’t lend themselves to a commitment to attendance and participation in daily public time-sensitive rituals). Women are encumbered by fewer responsibilities but have access to all privileges — with the exception of privileges that inevitably become responsibilities for other women.

Every period of Jewish history is peppered with remarkable women who assumed untraditional roles, and the judgment of such women in classical sources is mostly positive. Perhaps one could argue that Halakhah does not force genders into roles — the mitzvah of procreation is not incumbent upon women! — but disallows behavior that would undermine the assumption of traditional roles by others.

Felix also references the invalidity of women for testimony. Perhaps there is a similar dynamic at play in the matter of women’s rendering of testimony. Testimony is not optional in Jewish law, but rather mandatory: אם לא יגיד ונשא עונו. If you find yourself in the category of those who can render testimony, you must do so. Since Jewish law legislates for categories and not individuals, it may have thought it unfair to impose such an obligation on a gender that includes many individuals whose choice of pregnancy and motherhood makes them more vulnerable to abuse and intimidation, particularly in a system in which prosecution of crime depends entirely upon testimony. Certainly Jewish history, and the modern reality, has its share of Salome Alexandras who can ably defend themselves — but Jewish law does not allow their testimony at the expense of fellow women who apply their strengths in a manner that weakens them in the realm of defense from criminals.

The achievements of feminism in the workplace were clearly necessary; reasonable people — not least a complex tradition that boasts scholars from Deborah to Bruriah to Nehama — agree that there are models of engagement in society for women beyond that of June Cleaver. Western civilization needs all the finest minds of humankind, not merely 50%, to be engaged in the arts, sciences and every field of human endeavor. Nonetheless, the movement leaves unanswered questions that society is still working out. Chief among them: if women are out in the workforce performing the same jobs and hours as men, who raises the kids? It is insufficient to punt this task over entirely to the men, because this just recreates the same “oppressive hierarchy” in reverse. Logically, if feminism concedes that child rearing is necessary to the survival of human society, and accepts that it is not possible to structure an economy such that all occupations are mommy-friendly (allowing for long absences, unpredictable schedules and part-time hours), it will have to accept that at least some women will choose mothering as their calling. Given that this is so, it is unfair and elitist to stigmatize the whole “mommy” enterprise, as second-wave feminism has effectively done.

The Aruch Hashulchan seems to suggest that Judaism, at various junctures in its development, was aware of the ultimate societal consequences of unbridled egalitarianism, and thus disallows practices that would lead to stigmatization of motherhood. It does not obligate women to bear children, but does not allow for pieties that would place obstacles in the path of those who wish to do so.
———

Rabbi Dr. Aton Holzer is Director of the Mohs Surgery Clinic in the Department of Dermatology, Sourasky Medical Center, Tel-Aviv, Israel, and is an assistant editor of the recent Rabbinical Council of America’s prayerbook Siddur Avodat Ha-lev.