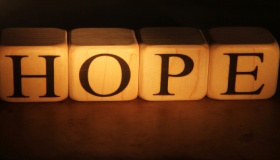 One of the most important modern discoveries in the rapidly expanding field of Positive Psychology is recognition of the benefits of gratitude. Much evidence has shown the power of gratitude to make people happier, mentally stronger, and more appreciative of what they have. Research has shown that the simple activity of writing down five things for which one is grateful at the end of each day has the ability to reduce depression, increase happiness, and improve relationships more than any other positive psychology treatment or technique. College students who consistently exercise gratitude showed to have higher GPAs and better well being. People who actively engage in gratitude practices show better signs of physical and mental health as well as improved relationships.

As Jews, this should not surprise us. Judaism teaches us that we must thank G-d for everything that we have. The widely practiced birkat ha’mazon–the after meal blessing–as well as the numerous blessings we recite at countless events reflect the depth with which Judaism is embedded with gratitude. At every lifecycle event, be it a wedding or even a funeral, we are sure to thank G-d for all the good He has done for us despite whatever difficulties which we may be facing. This attitude of gratitude does not remain confined to our personal relationship with G-d. From the commandment to respect one’s parents (Ex. 20:11 see Sefer Hachinukh, mitzvah 33) due to the debt of gratitude one owes them, to the prohibition against displaying hostility to Egyptians (Deut. 23:8) because we benefited from their hospitality, the Torah is full of lessons of gratitude and warnings against ingratitude (see Bava Kama 92b).

The principle of gratitude is so fundamental in Judaism that the great renaissance kabbalist Maharal of Prague (Gur Aryeh, Gen. 2:5) goes as far as saying that it is prohibited to do a favor to someone who will be ungrateful because this introduces the dangerous trait of thanklessness into this world.

Yet at the same time there seems to be a different reputation we have made for ourselves. In his New York Times bestseller Born to Kvetch, Michael Wex portrays Yiddish culture as one of disapproval and complaining, peaking with the statement that “Judaism is defined by exile, and exile without complaint is tourism.” This perspective does not need to remain confined to the era of our exile. A simple look at the Bible shows that, both in the desert and in the land of Israel, the Jewish people are often discontent (e.g. Ex. 14:11-12,16:24-25, 17:2-4).

The answer to this conundrum lies in one of the most powerful and influential Jewish traits: dissatisfaction.

While Judaism teaches us to believe in an Almighty G-d who created and controls the entire universe, at the same time it teaches another almost contradictory idea: prayer. Jews never accept things as they are; they always hope. Implicit in the concept of prayer, which is so fundamental to Judaism, is the idea that things don’t need to be as they are. Every time we pray, we suggest that no matter how difficult things may be we still believe that G-d can change them (see Brachot 10a; Maharal, Netiv Ha’avodah chapter 2; R. Joseph Albo, Sefer Ha’ikarim 4:18). When Moses was told by G-d that he will not be entering the land of Israel, one of the first things that Moses did was beg for permission to enter from the very same G-d who told him that he will not be going in. Implicit in the Jewish tendency to kvetch is the belief that things can be changed for the better. With our strong belief in a G-d who is looking out for us and is willing and able to intervene is the belief that things don’t have to be the way they are, and thus we ask G-d to change them.

This attitude of change has encouraged and cultivated Jews to be at the forefront of improvement in the modern era. It is very much reasonable to suggest that Jewish innovation, demand for social justice, and intellectual creativity originate in this deep-seated belief that things can always be changed, the refusal to accept things as they are no matter how fixed they seem to be. The reason Jews were always suspected of being social revolutionaries-as was true in many cases- is because Jews did not believe in the world that is as much as they believed in the world that ought to be. And it is for this reason that Jews have been so associated with change and development. This is not because of a complaisant dissatisfaction but because of a responsible dissatisfaction. It is because of the belief that there can be a better world.

Surprisingly, one of the places this is expressed most is in the book of Eicha (Lamentations 3:21). In the mist of lamenting some of the worst fates that have befallen the Jewish people, we are suddenly told: “This I recall to my mind, therefore have I hope. Surely the Lord’s mercies are not consumed, surely His compassions fail not. They are new every morning; great is Thy faithfulness. ‘The Lord is my portion,’ saith my soul; ‘Therefore will I hope in Him.” While many people are familiar with these verses, if asked most people would not associate these with the book of Lamentations. We are taught about hope specifically in the worst of circumstances in a way that teaches us of the scope, magnitude, and power of hope.

Judaism is not a, but is rather the, religion of positive psychology. Principles such as one G-d, free will, and personal responsibility have been at the chore and epicenter of Judaism and are now at the front and center of positive psychology. Believing that we have the ability to change ourselves and our attitudes, the belief in a deeply imbed sacredness and goodness that is there within us waiting to be brought to fruition, and the belief that goodness is able to help us transform and transcend ourselves- all highly Jewish concepts-are now discovered to be key factors in a positive and constructive model of psychology.

So how did we get this reputation of complaining and disapproval? While Jews always believed in these values there was another set of values that were also deeply embedded in the Jewish people. The Jewish people have never found peace with complacency–change, improvement, and hope were always at the core of Jewish life and attitude. No matter how this was expressed–be it through kvetching, prayer, or innovation–Jews have always strived for a better world; a world that can have a bit less pain and a bit more hope.

Rabbi Elchanan Poupko is a rabbi, writer, teacher, and blogger (www.rabbipoupko.com). He lives with his wife in New York City. 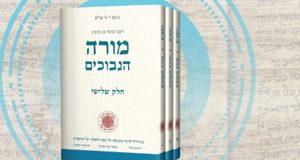 Maimonidean Thinking in the Modern World 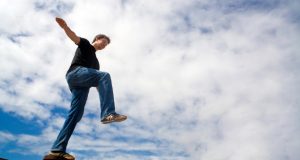 Loving Your Neighbor While Standing on One Foot 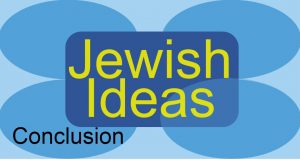 Conclusion to Symposium on Jewish Ideas