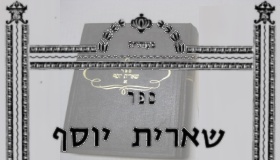 This past summer, R. Shlomo Wahrman zt”l passed away. He was not well-known in the greater community as a Gadol. In fact, he remained a high school rebbe his entire life, despite offers to become a Rosh Yeshiva in institutions of higher learning. However, he was one of the great Torah scholars and pious men of his generation. Among scholars he was appreciated for his intellectual brilliance, while among his students he was beloved for his kindness and warmth. Rabbi Daniel Feldman, who enjoyed a special relationship with Rabbi Wahrman, writes about his special qualities and unique contributions. -ed.

In a technical sense, I was not a student of Rav Shlomo Wahrman, zekher tzaddik levrakhah, as I was never enrolled in the school in which he taught, the Hebrew Academy of Nassau County (HANC). However, I did have a family connection to the school, as my uncle, Rav Meyer Fendel, shlita, was the founding dean. And thus it came to be that, many years ago, I discovered on my father’s bookshelf a volume labeled “She’eris Yosef: Alef“.

And what a discovery it was. Inside this volume, the author, Rav Wahrman, seemed to pack in more than its pages could possibly hold; and yet, like the Beis HaMikdash (Yoma 21a), the space never became overcrowded, each word finding its own place and maintaining clarity of intent and impact. Inside, the reader was taken on a guided tour of an elegantly appointed palace, a discussion of a sugya that began in an orderly fashion by the presenting of the elements, followed by the emergence of a fundamental question, which was then explored through carefully considered proofs and ramifications. All the while, the reader is accompanied on this tour by the entire pantheon of history’s rabbinic authors, showing the breadth of Torah, from the classic rabbinic texts, through the writings of the rishonim, through a thorough survey of the vast literature of the acharonim and their responsa, the author all the while displaying an understated mastery of the literary landscape of lomdus.

Not only that, but this mastery was both deep and broad. While the author would explore, within the course of an essay, the extensive range of rabbinic perspectives on one subject, within a single volume he would travel over the entire expanse of the Talmud. No section of shas was outside his scope; he wrote not only about the topics that were practical and popular, nor was he limited to those topics that were commonly studied in yeshivos, but he addressed every topic in Torah with equal facility and depth. One could read an essay about Taharos or Kodashim and experience the same clarity and straightforward presentation as was found with subject matter that was far more familiar and commonly discussed.

I soon learned that this volume I had discovered was precious in more than one sense of the word — not only because of its immense spiritual and intellectual value, but because of scarcity as well. Despite its unassuming nature, those who knew and appreciated the world of contemporary rabbinic literature were aware of the book, and the demand exceeded the number of copies that had been produced. Today, happily, all of the sefarim of R. Wahrman are available through the much appreciated efforts of Hebrewbooks.org; but in the pre-Internet era, access to his writings was an exclusive privilege, and I felt doubly blessed to be a part of that group. When I eventually completed my collection of all extant volumes to date, I felt the “siyum” warranted a celebration.

Frequent appearances would be made in the pages of these volumes by the celebrated Rav Eliezer Silver, zt”l, the cherished mentor of the author who encouraged him to publish his thoughts, and these citations would share space with those of students of the author, who would often be graciously credited with providing an insight or a reference.

This in itself was an amazing reality. I would come to realize that Rav Wahrman was a high school rebbe, a teacher of students not very different from myself.  Students like me were being exposed — on a regular basis — to such a giant, a scholar of such stature that his seforim were appreciated by the leading lights of the generation and took pride of place on their shelves. Students like me had a direct and visible role model who was a world-class paragon in learning and in personal character.

This greatness of character was as evidenced in his writings as was his prodigious scholarship. Interwoven with the mastery of the material was a spiritual and interpersonal sensitivity of rare vintage. An example of such qualities was a responsum he published (Vol. II, #7) responding to a student who had inquired about drinking the kiddush wine of his father, who would, after davening early Shabbos morning, open up his store for business.

Approaching the issue with characteristic sweep and magnificent erudition, the author surveyed the core elements and, after considering the issue from every angle, provided a number of suggestions to allow the boy to share in his family’s kiddush. At the end of the essay, he appended a postscript, indicating that he had received harsh criticism from at least one eminent scholar for his ruling. Rabbi Wahrman devoted several pages in response to this criticism, opening his words with an extremely deferential reference to the source of the criticism, and an apology for any “anguish” he had caused the critic with his leniency, which he assured him was not any attempt to deviate from that which had been accepted as halakhically sound. In the pages that followed, R. Wahrman proceeded to buttress his original position, taking time to gently suggest that the critic’s attitude has in turn “anguished” him, firstly by diminishing the honor of the great authorities upon whom he had relied (and whom he articulately defends in his response), but more importantly by the very attitude the critic was displaying.

For several more paragraphs, Rabbi Wahrman mixes eloquence and erudition to display his perspective that an attitude of love and compassion should be extended whenever possible, and the desire to bring closer rather than to distance should be paramount. In his closing words he notes explicitly that his critic — who had asserted that the leniency, even if justifiable, was unnecessary – had apparently received one approach from his teachers, but his own approach from his own teachers was that when a solid, supportable halakhic basis was present, one must prioritize “bringing closer those who are far away, to restore them to goodness, for that is a major principle in the Torah of my teachers.”

In another responsum, (vol. II, #9), R. Wahrman considered the complicated question of the proper times to daven mincha and ma’ariv when the prayers are held in close proximity, particularly on a Friday night. After soberly considering the broad scope of literature on this well-trod topic, the author’s passion suddenly emerged at the very end of the essay. It seems, we are informed, that at a local synagogue, the “flames of machlokes have burst out, kindled by some of the congregants” who were incensed at their rabbi’s leniency on this issue. This, in turn, incensed Rav Wahrman: how could it be, he lamented, that “observers of the Torah and religion should take upon themselves such arrogance” as to so disrespectfully challenge their rabbinic authority who, he went on to explain, was eminently capable, knowledgeable, and responsible to factor in many elements of consideration that they likely missed? “Is it appropriate and proper for true b’nai Torah to rise in opposition with loud noises and to demean, through this, the honor of the rabbinate, God forbid? In our generation, when the honor of Torah has been lowered to the dust, through our great sins, it seems to me, in my humble opinion, that it is more appropriate to create stringencies and safeguards in protection of the honor of the Torah than all the stringencies in the world; and any possible concern (safek) of the honor of the Torah is definitely a safek d’Oraysa concerning the obligation of honor for the Torah, which is of greater severity.” He ends his learned essay with a plea, “may it be His will that there should dwell within us love and brotherhood and peace and friendship.”

The theme of Ahavas Yisrael was one he would return to frequently in his halakhic writings (see, for example, Oros HaPesach, #48 and #63). Rav Wahrman’s extraordinary expertise, careful analysis, and fierce loyalty to and understanding of the traditional halakhic process ensured that any leniency he issued was firmly grounded and reliably credible. At the same time, his unwavering commitment to and appreciation of interpersonal sensitivity and love for others guaranteed that even his stringencies – and there were many of those — would be maximally reflective of these traits. As such, his halakhic rulings were influential upon knowledgeable people, and some of his responsa became contemporary classics (including, for example, his essay on the topic of women’s Torah study; see vol. II, #4).

Eventually, I would come to meet Rav Wahrman, and to encounter the spirit behind the sefarim. The twinkle in his eye and the ever present joyous smile gave expression to the character and the personality that informed his writings, and I was privileged to enjoy a long’relationship with him after that. I benefited greatly from his counsel, his wisdom, and his learning, and when I became engaged I took my future wife to his house to receive his blessing. When I had to deal with an issue of delicate balance between communal service and religious safeguards, it emerged that a significant relevant responsum of Rav Moshe Feinstein, zt”l, had been addressed to Rav Wahrman. I consulted with Rav Wahrman, and had the experience of gaining the perspective of an individual who was himself a respected and capable posek, who had himself consulted with the gadol hador on an issue of personal relevance. The exchange provided valuable context and nuance, which affected the understanding of the issue.

Rav Wahrman left a tremendous legacy in this world: three wonderful sons and their families; hundreds of students who benefited from his direct tutelage; more than 11 volumes of halakhic essays, comprising hundreds of topics; an English memoir about the Holocaust years entitled “Lest We forget”; distinguished service on the Beth Din of America, and in other positions of communal leadership and influence.

In the fullest sense of the word, I would like to believe that I am, or at least can aspire to be, a student of Rav Shlomo Wahrman, and I mourn his loss deeply. About 15 years ago, I invited him to participate in a memorial volume for the founding Rosh HaYeshivah of Yeshivat Kerem B’Yavneh, Rav Chaim Yaakov Goldvicht, zt”l. Rav Wahrman provided an essay of his typical style and caliber, but that was not all; he ended the essay by building his closing point on a discussion he had with Rav Goldvicht, thus interweaving his remembrance with his Torah scholarship as a seamless whole. It is a strong comfort to know that any topic one encounters within the broad expanse of the Torah can, in a similar fashion, contain a testament to the scholarship and the character of Rav Shlomo Wahrman. “One should not take a leave of his friend except through discussion of a matter of halakhah, because through that, he shall be remembered” (Berachos 31a). The impact of this great man in every corner of the halakhic universe will therefore endure. And through the impact of his tremendous communal, educational and personal accomplishments, he shall indeed be remembered.