Open Orthodoxy, Rav Moshe, and the Importance of Being Earnest 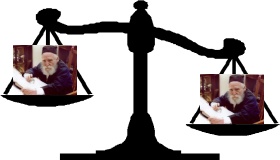 “In matters of grave importance, style, not sincerity, is the vital thing.”
Oscar Wilde, The Importance of Being Earnest

Rabbi Asher Lopatin, the recently appointed president of Yeshivat Chovevei Torah, occupies a somewhat unenviable position. Opponents have time and again called on him to speak for “Open Orthodoxy,” a creation of his predecessor, Rabbi Avi Weiss. [1]Avraham Weiss, “Open Orthodoxy!: A Modern Orthodox Rabbi’s Creed,” Judaism (Fall 1997): 409-21. To be sure, Lopatin is more circumspect than the former president of Yeshivat Chovevei Torah. Rather than define Open Orthodoxy as a “movement,” Lopatin prefers to call it an “approach” or “emphasis” within Orthodox Judaism. Yet, it is no small matter that Lopatin has embraced his role as heir to the cause. It is a difficult place to negotiate.

For two centuries, Jewish leaders have struggled to define their religious causes. Zacharias Frankel of Breslau never fully outlined his “Positive Historical Judaism.” [2]Rivka Horwitz, Zacharia Frankel and the beginnings of Positive-Historical Judaism (Jerusalem: Zalman Shazar, 1984), 45-67. His rival in Frankfurt, Samson Raphael Hirsch, eschewed every opportunity to clarify his “Torah im Derech Eretz.” [3]Mordechai Breuer, The “Torah im-Derekh-Eretz” of Samson Raphael Hirsch (Jerusalem: Feldheim, 1970), 7. In the United States, Isaac Mayer Wise spent a lifetime constantly redefining his understanding of “Reform.” [4]See, for example, Zev Eleff, “Isaac Mayer Wise, Pluralism and his ‘Declaration of Independence,’” WexnerLEADS (July 2, 2013). Available at: link (accessed on January 7, 2014). And, for their part, Conservative Jews continue to speculate what “Catholic Israel” meant to Solomon Schechter. [5]David Benjamin Starr, “Catholic Israel: Solomon Schechter, a Study of Unity and Fragmentation in Modern Jewish History” (PhD diss.: Columbia University, 2003), 2. Similarly, there was hardly ever much consistency at Yeshiva University. Whereas one generation of students marveled at Bernard Revel’s view of “Synthesis,” the next cohort imbibed something quite different from Samuel Belkin, and yet another from Norman Lamm. [6]Compare B. Revel, “The Yeshivah College: A Statement of Aims,” The Jewish Forum 11 (May 1928): 253-55; Samuel Belkin, “Synthesis,” Gesher 1 (June 1963): 3; and Norman Lamm, Torah Umadda: The … Continue reading

Nevertheless, these men surely reckoned that their gambles were worth the calculated risks. Their polemics were far from bloodless. Their families suffered. Their students were excommunicated by adversaries. In most cases, these ideologues died far too young. Yet, Jewish theologians daringly battled with one another to achieve religious clarity. Their efforts offered theological fortitude to thousands of adherents. No doubt, Lopatin and his antagonists aim to do the very same thing.

But something is different about this latest iteration. It lacks the integrity—on both sides—evinced in prior contests. Consider the live radio debate between Lopatin and Rabbi Shmuel Goldin held last month. In one segment, the radio host and the other rabbinic disputant pushed Lopatin to clarify the limits of his interdenominational pluralism. At one point, Lopatin offered that “even Rav Moshe Feinstein called them ‘rabbis,’” referring to Reform and Conservative leaders.

Goldin initially ignored the point. Later on, however, the show’s host read a listener’s e-mail. The note described Lopatin’s characterization of Rabbi Moshe Feinstein as a “distortion.” Without taking a side in this debate, I suggest that the historical record renders Lopatin’s contention indefensible. In 1956, Rav Moshe was one of eleven rabbis who banned Orthodox participation in the interdenominational Synagogue Council. [7]See Jonathan J. Golden, “From Cooperation to Confrontation: The Rise and Fall of the Synagogue Council of America” (PhD diss.: Brandeis University, 2008), 101. In his responsa, Rav Moshe consistently referred to non-Orthodox clergy with a mocking transliteration (רבאייס) rather than acknowledge their rabbinical statuses.

Rav Moshe’s attitude frustrated non-Orthodox rabbis, to say the least. Reform Judaism’s leading authority on Halakhah penned a learned response in opposition to “Orthodox aspersions against Reform marriages” in 1963. [13]Solomon B. Freehof, Recent Reform Responsa (Cincinnati: Hebrew Union College Press, 1963), 194-203. In addition, the Rabbinical Assembly’s Committee on Jewish Law and Standards acknowledged that Rav Moshe’s stance on conversion made matters difficult for its Conservative community but ultimately refused to augment its policies. [14]“Converts of Questionable Status,” Proceedings of the Rabbinical Assembly 30 (1966): 105-10. Conservative leaders revealed heightened irritation in the 1970s. After a review of Rav Moshe’s rulings, a Conservative writer asked: “what do his responsa do for the sanctity of marriage and unity of the Jewish people?” [15]David Novak, Law and Theology in Judaism (New York: Ktav, 1974), 37. Another leading Conservative halakhist applauded that sentiment and hoped that others would respond to Rav Moshe’s harsh decisions. [16]Isaac Klein, “Book Reviews,” Conservative Judaism 29 (Summer 1975): 89. For a later assessment and lament, see Jacob Chinitz, “Reb Moshe and the Conservatives,” Conservative Judaism 41 … Continue reading

Whether or not Rav Moshe’s decisions are correct and binding is not the point. Others disagreed with him and present leaders are welcome to side with the opposition. More important is the integrity of the current and important discourse. When faced with the facts on live radio, Lopatin refused to concede; “distortion” or not. “He called them ‘rabbis,’” Lopatin rebutted, referring to Rav Moshe, “and he certainly made a distinction. The fact that he called them rabbis is significant.” With far less sarcasm than Oscar Wilde, I too raise “sincerity” over “style” in “matters of grave importance.” [17]Oscar Wilde, The Importance of Being Earnest, A Trial Comedy for Serious People (London: Leonard Smithers, 1899), 123. Without enough of it, there seems little reason to carry on the conversation.

Ironically, Rav Moshe’s towering stature within Orthodox Judaism complicates matters for Open Orthodoxy’s opponents who must also honestly confront the sometimes “inconvenient” historical facts of his rulings. In 1960, a rabbi from Pittsburgh asked Rav Moshe if he would permit a woman to serve as a kashrut supervisor. Unfortunately, the woman had lost her husband, leaving her with children to support. The most seamless solution, it seemed, was for the widow to assume her late husband’s position in the kashrut industry. In principle, Rav Moshe saw nothing wrong with this, but offered a compromise in case others disagreed. Rav Moshe anticipated that other halakhists might offer up the Rambam as reason to rule stringently:

We may not appoint a woman as king, as it is stated: “For you a king” (Deut. 17:15) and not a queen. Accordingly, for all other positions of authority within Israel, only men should be appointed to them. [18]Moses Maimonides, Mishneh Torah, Hilkhot Melakhim, 1:5.

The great sage agreed that the Rambam would prohibit the widow from entering her husband’s professions but Rav Moshe insisted that he was not bound by Maimonides’s ruling. Ostensibly, Rambam derived his position from the Sifrei, an important halakhic work from the period of the Talmud. Yet, noted Rav Moshe, the midrashic text (Deut. 157:15) only addressed “queens” and made no mention of “all other positions of authority.” That latter section was based on the Rambam’s “own reasoning.” And, his was the minority opinion among the medieval commentators. [19]Moshe Feinstein, “Im Ishah Yekholah le-Hiyot Mashgihah al Kashrut,” Ha-Pardes 35 (October 1960): 12-13. He reprinted the responsum in his collected volumes. See Moshe Feinstein, Iggerot Moshe, … Continue reading

The lenient ruling startled at least one Orthodox observer. Quick to respond was Rabbi Meir Amsel of Brooklyn. He feared that Rav Moshe’s position could lead his traditionalist community into unchartered halakhic terrain. With a certain degree of prescience, Amsel worried that without the aid of the Rambam, Orthodox Judaism could one day permit women to serve as synagogue officers and presidents, and “even as rabbis and cantors.” [20]Meir Amsel, “Ishah Ke-Mashgihah al Kashrut ve-Din Pasul Ishah bi-khol ha-Mesimot,” Hamaor 10 (October 1960): 14. Therefore, Amsel defended Maimonides against Rav Moshe, marshaling more than a dozen proofs that other authorities agreed with the Rambam’s decision.

Rav Moshe was unapologetic and stated unequivocally that it was his responsibility to review the sources, even at the risk of a conclusion that appeared too lenient or overly stringent. Consequently, Rav Moshe responded to every one of Amsel’s points. He reviewed each of his challenger’s texts, demonstrating that they all meant something different from Amsel’s formulation. Did Rav Moshe promote ordination of women? Certainly not. [21]On Rav Moshe’s approach to women’s issues in Halakhah, see Norma Baumel Joseph, “Separate Spheres Women in the Responsa of Rabbi Moses Feinstein” (PhD diss.: Concordia University, 1995). Rav Moshe believed that there was more than just the Rambam standing in the way of that innovation. [22]Moshe Feinstein, “Bi-Din Pasul Ishah bi-Mesimot,“ Hamaor 10 (December 1960): 4-5. Unfortunately, since it was not his task at hand, Rav Moshe did not offer anything more than that.

Perhaps he should have. In 1979, Rabbi Saul Lieberman considered Maimonides’s ruling an “accepted teaching” and sufficient to bar women from the Conservative rabbinate. [23]Saul Lieberman, “Ordaining Women as Rabbis,” in Tomeikh ke-Halakhah: Responsa of the Panel of Halakhic Inquiry, vol. I, ed. Wayne R. Allen (Mount Vernon, NY: Union for Traditional Conservative … Continue reading On that occasion, Lieberman successfully halted the charge of progressives. [24]See Pamela S. Nadell, Women Who Would Be Rabbis: A History of Women’s Ordination, 1889-1985 (Boston: Beacon Press, 1998), 207. Yet, in 1984, neither Lieberman (now dead) nor the Maimonidean tradition could prevent the Jewish Theological Seminary from changing its stance on women’s ordination.

Meanwhile, agitation within the Orthodox camp has forced rabbinic leaders to reassert their disapproval toward women rabbis. On a few occasions, Orthodox rabbis offered up the Rambam as proof to exclude women. However, most official statements and interviews bespeak a degree of vagary that too often mentions “mesorah” and “Torah principles” but fails to offer compelling perspective to these matters. [25]See, for example, “The Rabbinical Council of America Issues a Statement regarding Women’s Communal Roles in Orthodox Jewish Life,” RCA Press Release (May 5, 2010). Available at: link … Continue reading Rav Moshe taught us to do better than that.

He also taught us something else. Until his death, Rav Moshe accorded Yeshiva University respect; in fact, many of his relatives and students taught at the rabbinical seminary. [26]“Funeral of Reb Feinstein Z”L Well Represented by RIETS,” Jewish Press (April 18, 1986): 48. Not everyone was so gracious, however. In front of an attentive crowd, Rabbi Elhanan Wasserman refused an invitation to lecture at Yeshiva in 1938 because the school was a “center of apikursus and shmad.” [27]See Aaron Rothkoff, Bernard Revel: Builder of American Jewish Orthodoxy (Philadelphia: The Jewish Publication Society of America, 1972), 155. In 1984, Rabbi Elazar Shach was none too pleased with Rabbi Joseph B. Soloveitchik’s rereading of biblical narratives, describing them as “completely heretical” and a “distortion of the Torah’s viewpoint.” [28]Elazar Menahem Man Shach, Mekhtavim u-Ma’amarim, vol. IV (Bnei Brak: H.MO.L., 1990), 36. Five years later, Rabbi Shimon Schwab received “a lot of hate mail and nasty calls” after he publicly denigrated a “modern orthodox” and “centrist” leader at Yeshiva University whose Zionist views rendered him a child of “our dark age and a victim of garbled teachings” imparted by “highly controversial role models.” [29]Shimon Schwab, “He Who Loves Does Not Hate,” Mitteilungen 49 (April/May 1989), 2. See also Shimon Schwab, Selected Speeches: A Collection of Addresses and Essays on Hashkafah, Contemporary Issues … Continue reading

As a Yeshiva University ordainee, these episodes weigh heavily upon me. I conjure them up when I read similar assaults in current debates. [30]For example, see Avraham Gordimer, “Open Orthodoxy: A Response to Rabbi Shmuly Yanklowitz,” The Commentator (December 24, 2013): 9. Some of the issues raised are surely cause for concern. Still, the tone is somehow off key. So, instead, those sour notes might serve as a reminder that heresy hunting is multidirectional and quite relative. Most of all, they help recall the importance of being earnest.
———