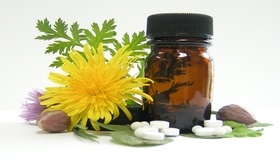 We know that life-saving medical treatment for the terminally ill overrides nearly all religious transgressions. Do alternative treatments, those that are considered a “segulah” and do not emerge from a scientific understanding of nature, also override religious prohibitions? There are different opinions on the subject and I would like to examine the philosophically important view of the Rambam, even if contemporary authorities may follow other views. (In other words, this essay is about ideas and not practical halakhah.)

A complete discussion of whether alternative medicine is appropriate must address a number of issues. These include the imperfect nature of contemporary medical knowledge, the danger of raising false hopes, the possibility of unscrupulous people extracting large amounts of money from desperate people, the prevalence of practices originating in idolatry and other concerns. I would like to tackle a different aspect, while acknowledging that these other issues deserve fuller treatment.

On this subject, the Rambam seems to contradict himself in three places. In his Mishneh Torah (Hilkhos Shabbos 19:13-14), Rambam rules that a man may wear outside on Shabbos (where there is no eruv) a fox’s tooth and other alternative remedies and that a woman may go outside with an amulet. This is not considered carrying because these are for medicinal purposes. Rambam add that these cures must be approved by doctors (ve-hu she-yomru ha-rofim she-hu mo’il) and that the amulets must be proven effective. We see here a willingness to allow “segulah” treatments to override Shabbos.

On the other hand, Rambam rules in his Mishnah commentary (Yoma 8:6) that we do not feed someone bitten by a mad dog a dog’s liver. Rambam did not allow this alternative cure to a life-threatening illness because it is not a natural, i.e. scientific, remedy. He explains: “One may not override the law except with treatment that is mandated by reason or proven by experience but not segulos because they are weak…”

In Moreh Nevukhim (3:37), Rambam explains why some “segulah” treatments are forbidden as idolatrous while others are not. Anything that can be medically explained as beneficial is permissible. Additionally, referring specifically to the fox tooth and similar cases, Rambam writes that a treatment that has been validated by experience is also permitted.

The contradiction here is clear. If the Rambam accepts the validity of “segulah” treatments, why does he forbid feeding a dog’s liver to someone who may die of rabies? More Maimonidean texts[1. Such as Mishneh Torah, Hilkhos Avodah Zarah 11:11.] can be summoned to support the different sides of the question but I think it has been made sufficiently. Broadly speaking, there are three ways that have been suggested to explain the Rambam’s view.

The Rashba (Responsa, vol. 1 nos. 413-414) argues that the Rambam only allows alternative treatments that have been verified as effective by the Talmudic sages. Rambam accepted that alternative medicine can work but was skeptical about specific cures. He therefore only permitted that which the Sages confirmed.[2. R. Moshe Meiselman, in his recent Torah, Chazal, Science (p. 85), states that this explanation “was adopted by many other authorities.” I am not sure to which authorities he is referring.] In contrast, the Radbaz (Responsa, vol. 5 no. 153) argues that the Rambam did not believe that any non-scientific medicine exists. He rejected the notion that alternative treatments are effective. However, carrying on Shabbos is a unique prohibition. Since the carrier is wearing the remedies in an unusual manner and believes the remedies are effective, there is no violation regardless of the medicinal value.[3. R. Meiselman writes that this view of the Radbaz was not “embraced by any of his major successors” (ibid., p. 84) nor “adopted by any other major interpreter of the Rambam before or since” (p. 85). I am not sure whether R. Meiselman was unaware of the sources we quote, interpreted them differently, or considered them unimportant.]

R. Chaim Yosef David Azulai (the Chida) was asked the following question. A man wrote amulets that caused people who ingested poison to vomit. He had successfully saved lives in this manner many times. One Shabbos, a girl ate poisonous food and this man wrote her an amulet and saved her life. When news spread, people were concerned about this Shabbos violation. Should the community punish this man or at least denounce his actions? The Chida (Birkei Yosef, Orach Chaim 301:6) responded that since the Rambam rejected such alternative treatments, he would certainly have forbidden this man’s actions. Chida explicitly adopts the Radbaz’s explanation of the Rambam (and does not even quote the Rashba’s explanation). However, he writes that there are other, more lenient opinions among the rishonim and concludes that, at least after the fact, the amulet writer should not be condemned.

R. Yosef Kafach (Mishneh Torah, Hilkhos Shabbos ch. 19 n. 33) approvingly quotes the Radbaz. The She’arim Metzuyanim Ba-Halakhah (92:5, kuntres acharon) similarly cites only the Radbaz. Perhaps more importantly, the Vilna Gaon (Bi’ur Ha-Gra, Yoreh De’ah 179:13) broadly criticizes the Rambam for rejecting the effectiveness of “segulah” powers, such as amulets, incantations and demons. While not citing the Radbaz, the Vilna Gaon clearly agrees with him. Similarly, R. Chaim Elazar Shapiro (Nimukei Orach Chaim 301:3) assumes that the Rambam rejects the efficacy of “segulah” remedies, like the Radbaz although without citing him, and is therefore puzzled by the contradiction.

R. Moshe Ibn Chabib (Tosefos Yom Ha-Kippurim, Yoma 83a sv. Ve-Ha-Rambam, Omnam) quotes the Rashba and disagrees with his interpretation of the Rambam. Rather, he argues, the Rambam is a pragmatist. He permits any medicine that works. Medical treatments that are scientifically explainable require no external verification. But “segulah” treatments must be confirmed by experience. In the end, if the medical treatment works, it is permitted. R. Yair Chaim Bachrach (Chavos Ya’ir, no. 234) also adopts this approach, as do R. Tzvi Hirsch Chajes (Tiferes Le-Moshe, ch. 4 in Kol Sifrei Maharatz Chajes, vol. 1 pp. 423-424) and R. Yechiel Michel Epstein (Arukh Ha-Shulchan, Orach Chaim 301:80).[4. There seems to be a fourth approach: “Segulah” remedies work but do not override prohibitions. This is a middle position between the Radbaz and others. See R. Shlomo Kluger, Responsa Ta’am Ve-Da’as, no. 239; R. Chaim Sofer, Responsa Machaneh Chaim, vol. 2, Yoreh De’ah, no. 60.]

The way I understand this approach is that our understanding of the natural world and medicine has limitations. That is true today and was true in the Rambam’s time. We can explain much but certainly not everything. “Segulah” treatments may be pure bunk but each must be judged individually. Some alternative medicine seems to work. We may not understand why, and the supernatural explanations to these phenomena may be completely wrong, but it does not matter. If these treatments work, they are valid even if they are not medically explainable. I believe that the Rambam’s limitation in Mishneh Torah (Hilkhos Shabbos 19:13) is key. He writes: “[You may wear] anything we attribute to healing, and that is if the doctors say it works.” The healing power of a fox’s tooth is not medically explainable but if doctors–not rumor or old wives tales–confirm that it heals, we may use it on Shabbos. 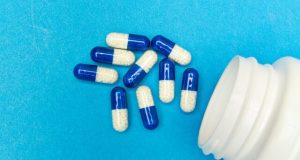