Is Chinese Food on Xmas Kosher? 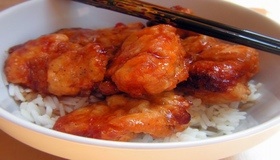 Supreme Court Justice Elena Kagan amused the nation when, during Senate confirmation hearings, she responded to the question “where were you on Christmas day” that “like all Jews, I was probably at a Chinese restaurant.” However, my minyan experience challenges the propriety of this practice.

R. Yitzchak Hutner ruled that we may not observe days that are determined by the secular calendar.[1. Pachad Yitzchak, Iggeros U-Kesavim, p. 109. On the use of the secular (or Christian, as some call it) date, see Responsa Maharam Schick (YD 171) and She’eilas Shlomo 1:328 in the name of R. Tzvi Yehuda Kook who oppose using it and Yabia Omer 3:YD:9 who permits.] This comes into play most famously on Thanksgiving (link) but also many other times during the year. While you may eat turkey any time you want, he holds that you may not specifically eat it on Thanksgiving. While most halakhic authorities disagree, R. Hutner’s students follow his approach.

This morning, I attended a late minyan along with many people who do not have work today. However, not every shul adjusted their schedule for the day off. I used to live a block from Yeshiva Chaim Berlin, where R. Hutner served as rosh yeshiva and where his influence is still strong long after his passing. I remember that on any legal holiday, the shuls where his students were rabbi did not adjust their minyan schedules. The early commuter minyanim continued as if everyone was still going to work, so as not to mark the day in any fashion. (Of course, the local minyan factory, which always has a minyan every half hour, was even more packed than usual with people who wanted to sleep a little later than usual.)