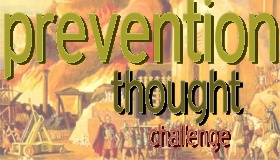 The Gemara (Rosh Hashanah 18b) records a debate about whether “The Fast of the Tenth” mentioned in Zechariah (8:19) commemorates the start of the siege of Yerushalayim on the 10th of Teives which resulted in Tisha B’Av the following summer or was in fact the 5th of Teives, the day on which the tragic news of the Destruction reached the Diaspora Jews. While this second approach, placing the fast at the end of the Destruction process, would explain why the “Fast of the Tenth” is the last on the list of the four days mentioned in Zechariah, it is the first opinion that is accepted, and we therefore fast on the 10th of Teives, commemorating the start of this siege.

Not much attention is usually given to this day other than the fact that we need to fast, with the “consolation” that it is the shortest of the fast days and the curious fact that it can take place on Friday going into Shabbos. Why this ancient event (which seems not to have a parallel event to commemorate in the second Beis HaMikdash) is so important is a matter not given much thought; the result is that the day is often one of limited meaning and value even to many of those who fulfill the requirement to fast. In the years following the Holocaust there were attempts to infuse this day with new meaning as a day of remembrance for those who had perished, particularly those who had no known Yahrtzeit date. As noble as this idea was, it is further acknowledgement that we do not appreciate the unique role of Asarah B’Teives.

It is easy to understand the need to commemorate Tisha B’Av; it is the day of the ultimate Destruction. Even Shivah Asar B’Tammuz is understandable, because it can be seen as the beginning of the end as the city of Yerushalayim was breached and entered. But why mourn on Asarah B’Teives the distant event when the siege was first begun, long before any signs of destruction could be detected, long before there was anything to mourn for?

Perhaps this is precisely the point of the day, particularly since fast days are not just times to grieve for the past, but more importantly to focus on ourselves and our futures in light of those past events and their lessons. Asarah B’Teives is the day when it all began to come apart. It is the time when the end began to become a reality. It is not the destruction that we are supposed to focus on at this time of year but the idea that long before there is destruction there are clear warnings, warnings that should lead to reactions that can avert the ultimate destruction. Perhaps the Jewish people of that time was given this lengthy period of the siege not just to fight back or escape, but to change themselves so the Destruction would not have to happen.

This is not only true for the destruction of Yerushalayim and the Beis HaMikdash, but also in so many other parts of life as well. How many times do we see clear warnings or signs that things are not right, problems that we can work to change but not do so until it is too late to do anything other than pick up the pieces. Friends or relatives grow apart from each other, relationships start to falter, religious life becomes shallow or empty, a child’s social or academic life is not what it had been, a steady stream of scandals rock our community–these and so many other real life situations are all part of this pattern. Problems are seen, warnings are provided, be they from Heaven or fellow man, yet nothing is done. By the time people wake up and acknowledge that actions are needed it is no longer just a repair job; it is a rescue mission and often only a salvage operation. So we are told to observe Asarah B’Teives, not so much as a day of mourning or destruction, but as a time to focus on the little things that we generally ignore, the ones that are like the siege of Yerushalayim, waiting, closing in on us and most destructive if we leave them unchecked. But if we are ready and willing to truly observe Asarah B’Teives in the fullest sense of what this day is all about, then there are many tragedies, both personal and national, that can be averted.