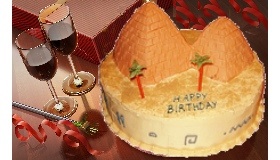 The surprising celebration of Pharaoh’s birthday (Gen. 40:20) is unique in the Bible and raises questions about Yosef’s place in history. Perhaps it can be explained by a Mishnaic redundancy.

The butler (sar ha-mashkim, minister of beverages) is released from prison for Pharaoh’s birthday, fulfilling the butler’s dream as Yosef had interpreted it. Two years later, when Pharaoh is struggling with his own dreams, the butler remembers Yosef’s successful interpretation. Some historians note that while evidence exists of Pharaoh’s birthday celebrations in the seventh century BCE and later, we have no indication that it was celebrated earlier. According to the Bible’s chronology, Yosef lived sometime between 1400 and 1600 BCE. But if Pharaoh’s birthday was only celebrated centuries later, this detail is an anachronism, evidence that the story was written centuries after the fact about fictional characters.[1. Donald Redford, A Study of the Biblical Story of Joseph (Genesis: 37-50), pp. 205-206, writes: “The birthday of a king, like the birthday of a god, may have occasioned some sort of celebration in all periods of Egyptian history; but prior to the first millennium B.C. no evidence has come down to us.”] While this conclusion is not necessary, some might say that Pharaoh’s birthday party is proof that Yosef did not exist.

Especially in the ancient world, in which the king becomes a divine being, the enthronement is a form of “divine birth”

The argument from absence of evidence is among the weakest and almost deserves no response. However, a quick perusal of Medieval Jewish commentators shows that there are two proposed explanations of the term “yom huledes.” Rashi and others translate it as birthday. Radak suggests another possibility, both in his Torah commentary and his lexicon (Sefer Ha-Shorashim, y-l-d): the birth of a prince. R. Bachya ben Asher agrees with this second explanation, that Pharaoh was celebrating the birth of a son. If so, the evidence (or lack thereof) about birthday celebrations is irrelevant.

However, centuries after the Bible’s writing, the Mishnah provides the possibility of an alternate understanding, a third translation, of the term yom huledes, a celebration that is documented in ancient Egyptian history. In listing the pagan holidays around which Jews must be careful not to contribute to their neighbors’ celebrations in any way, the Mishnah (Avodah Zarah 1:2, 8a) includes: Yom Genesiah of their kings, the day of birth and the day of death. Yom Genesiah[2. The Kaufmann manuscript has it vocalized Genesiah.] literally means birthday. Genesiah comes from the same root as Genesis and genus. It means creation or birth. If so, why are both Yom Genesiah and birthday listed?

The Jerusalem Talmud (ad loc.) resolves this redundancy by positing that Yom Genesiah is a public holiday celebrating the king’s birthday while the Mishnah’s birthday refers to each individual celebrating their own birthday. The Babylonian Talmud (10a) offers a different interpretation. According to the Babylonian Talmud’s conclusion, birthday refers to the king’s birthday and Yom Genesiah refers to the king’s day of accession, acquires the kingship. This is a day widely celebrated throughout history, even today.[3. Queen Elizabeth II of the United Kingdom acceded to the throne on February 6, 1952, a day that is marked by official commemorations.]

Perhaps the Pharaoh’s Yom Huledes was a Yom Genesiah, an accession day celebration of the “birth” of his leadership.[4. See R. David Pardo, Maskil Le-David and R. Baruch Epstein, Torah Temimah on Gen. 40:20, who both raise the idea of accession day, albeit suggesting that Pharaoh’s birthday was also his accession day because he was born as heir to the throne.] James Hoffmeier[5. Israel in Egypt, pp. 89-91.] suggests this explanation of yom huledes. He also points to Psalms 2:7, in which the word yelidtikha, from the same root as huledes, refers to King David’s accession to the throne (see Rashi, ad loc.). Especially in the ancient world, in which the king becomes a divine being, the enthronement is a form of “divine birth.” Hoffmeier presents the evidence, dating all the way back to the second millennium BCE, of Egyptian celebrations of the accession day anniversary. He even suggests that this might explain the absence of (evidence of) birthday celebrations for Pharaoh. If you are celebrating his rebirth as king, why also celebrate his natural birthday?

Additionally, ancient history provides examples of pardoning prisoners and forgiving debts on the accession day anniversary. In 2 Kings (25:27), the Babylonian king Evil-merodach celebrated his accession day by pardoning prisoners. While this was on his actual accession day and not just its anniversary, the concept is similar to what Pharaoh did to the butler on his yom huledes. While none of this constitutes proof–indeed, little in the study of Bible and ancient history does–it is certainly an interesting suggestion.

Amnesties on the birthday of a Pharaoh are occasionally mentioned in late Egyptian texts. More frequently they were granted on the anniversary of his accession, and this could be meant here (so Schmitt, Josephgeschichte, 138-39).[6. The reference is to H.-C. Schmitt, Die Nichtpriesterliche Josephgeschichte. BZAW 154. Berline: de Gryuter (1985).]

Hoffmeier adds a few other points indicating an early composition of the Yosef story. One I found interesting is that the term Pharaoh entered usage sometime around 1500 BCE and stood alone until the tenth century BCE, at which time a name was added. This is consistent with the Bible’s usage of the term. Throughout most of Tanakh, we hear simply of Pharaoh. Only late in biblical history do we start seeing Pharaoh Nekhoh (2 Kings 23:33) and Pharaoh Chofra (Jer. 44:30). Hoffmeier writes (pp. 87-88): “Thus, the usage of the ‘Pharaoh’ in Genesis and Exodus does accord well with the Egyptian practice from the fifteenth through the tenth centuries.”

Another issue that Hoffmeier briefly mentions but Nahum Sarna addresses directly, is that we find strange titles in the Yosef story. Potiphar is sar ha-tabachim, the minister of butchers. In prison, Yosef meets the minister of beverages and the minister of bakers. It sounds like artificial titles given to make these people feel good, much like we joke today that garbage men are “sanitation engineers.” Yosef is raised to the position of second-in-command to Pharaoh but he really seems like a tax collector and logistics manager.

The multiplicity of titles and functions assigned to Joseph corresponds fully to the known Egyptian penchant for the generous distribution of honors and titles to officials of the great bureaucracy. Some might boast of a dozen or more titles, some real, some purely ornamental and prestigious.

Hoffmeier (p. 93) points out that a writer in first millennium Israel would not list these types of ministers, which had no equivalent at that time. The details of these bloated titles indicates a second millennium origin for the Yosef story. Hoffmeier also notes that Yosef may very well have been Egypt’s vizier. There are documented cases of foreigners rising to that role in second millennium Egypt.

All this, of course, is pure speculation. The evidence we have of ancient Egypt seems enormous until we realize that we are speaking of over two thousand years of history. We know little about people whom to the Egyptians would have been at best minor actors, or even worse victorious enemies who may have been erased from official history. And we know little about specific historical settings, even if we know something about eras in general. One Pharaoh may very well have celebrated his birthday even if it was not normally done. Or maybe he did it just once, for some unique personal or political reason that is long lost.

Additionally, even if the story was written contemporaneous to the events described, this does not prove that the characters existed. At best we have demonstrated the plausibility of historical existence. From our vantage point thousands of years later, we can scarcely prove the existence or non-existence of specific individuals. That is where faith comes in. Some have that faith and, sadly, some do not.
———