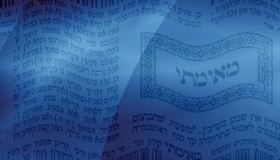 Over three decades ago, Dr. Haym Soloveitchik proposed that communal self-image played a crucial role in the development of religious law. His revision of that thesis raises questions not only about Medieval Jewish history but also about contemporary Orthodox Jewish society and the much-discussed and perhaps mislabeled “turn to the right.”

Dr. Soloveitchik recently published the first volume of his Collected Essays, containing a variety of his essays, some updated, some translated into English for the first time and some brand new. He also includes substantial introductions with his current thoughts on the subjects. If I understand correctly the brief comments in footnotes throughout the book, another two volumes of Collected Essays are under development along with a separate volume titled Rupture and Reconstruction. This fourth book is presumably an expansion and revision of his famous essay of that name on contemporary trends in Orthodox Judaism.

One essay that caught my eye is an important revision of an earlier essay. In 1982, Dr. Soloveitchik published an article titled “Religious Law and Change: The Medieval Ashkenazic Example,” included as chapter 9 in this volume. In this article, Dr. Soloveitchik contrasts the attitude Ashkenazic and Sephardic rabbis to religious practices that deviate from authoritative texts. The Ashkenazic Tosafists struggled to justify contemporary practice while Sephardic rabbis stuck to the texts and condemned deviant practices. He explained this by pointing to the differences in communal self-image (p. 246):

[W]hat we unquestionably have before us is the way in which a community’s self-image can change the course of its legal thought. The Franco-German community was permeated by a profound sense of its own religiosity, of the rightness of its traditions, and could not imagine any sharp difference between its practices and the law that its members studied and observed with such devotion. The Provencal Jewish community and the Spanish communities, on the other hand, wrestling as they were with, or with what they perceived to be, widespread religious laxity, had no such self-image, and it never occurred to the scholars of these communities, many of whom were in every sense the intellectual heirs of the French Tosafists, to seek to align their people’s practices with the written word.

In other words, Ashkenazic rabbis saw a pious laity and could not imagine that it’s members would be sinning, intentionally or not. Therefore, they sought religious justification for common practices. Sephardic rabbis saw a community that was slipping in its devotion and therefore expended no energy to justify behavior. Dr. Soloveitchik expands on this split, adding further nuance, caveats and examples. In his later “Rupture and Reconstruction,” he seeks to explain why this is no longer the case (link, text around note 5). Why has the Ashkenazic community rejected this veneration of practice and moved toward a purely textual religion? Even those on the right, with a strong religious self-image, fail to follow this pattern. His article attempts to explain this change of attitude. (It is also interesting that some rabbis today of communities with weak religious self-images attempt to justify common practice, which also seems to be against the historic paradigm.)

However, chapter ten of this volume is a translation of a chapter from Dr. Soloveitchik’s 2008 book Ha-Yayin Bi-Yemei Ha-Beinayim, titled here “‘Religious Law and Change’ Revisited.” In this second look, Dr. Soloveitchik significantly revises his original thesis. It is not true, he agrees, that the Tosafists justified all religious practices. In fact, Rabbenu Tam declared non-kosher all the meat eaten by recent generations (Tosafos, Chullin 47a) and invalidated all the Torah scrolls in Germany (Tosafos, Megillah 19a sv. al). A strong communal self-image did not prevent rabbis from declaring past practices wrong. Rather, Dr. Soloveitchik proposes, only practices for which Jews specifically sacrificed greatly were justified (p. 263): “The difference lay in the cost of the observance.” When Jews observed their religious practices despite great external pressure, the rabbis strove to validate textually those practices. On other issues, sometimes the Tosafists justified communal practice (e.g. early night prayers [Tosafos, Berakhos 2a sv. me’eimasai] and clapping on Shabbos [Tosafos, Beitzah 30a sv. tenan]) and sometimes they criticized contemporary behavior (as above).

This claim is certainly weaker than the earlier. Communal self-image does not explain everything. Even a community with a strong self-image, which sees itself as possessing pious ancestry and devoted laity, will sometimes find its practices faulty when subjected to textual scrutiny. If so, perhaps the changes Dr. Soloveitchik describes in his “Rupture and Reconstruction” are not part of a new phenomenon but representative of a long historical trend. While there are multiple ingredients that go into his thesis in that article, the revision of this particular argument may take that argument in a slightly different direction. I anxiously await Dr. Soloveitchik’s revised thoughts in the forthcoming volume on this subject.