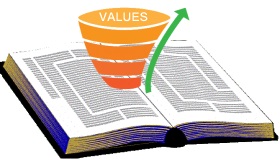 The source of our religious values and their impact on practice was the subject of a startling debate last year between R. Aharon Lichtenstein and R. Binyamin (Benny) Lau. R. Lau had–apparently–suggested that rules about blemished animals and priests that many today would call discriminatory no longer apply, given our new sensitivities. R. Lichtenstein objected to this application of contemporary values to Torah laws. In a response, R. Lau dissociated himself from the original claims, to a degree. However, R. Lichtenstein’s primary point stands on its own.

Below is a translation of R. Lichtenstein’s already-published article that I commissioned and that R. Lichtenstein did not review. The Hebrew original and R. Lau’s response can be found here: link.

I read with great pain, the article that appeared in the journal Tzohar, before Shabbat Parashat Emor and I now write these lines with even deeper pain. I know the author, Rabbi Binyamin Lau for a long time, and moreover, I am aware of his accomplishments in Torah and his illustrious activities on behalf of Israeli society. However, with regard to several issues of viewpoint which touch upon matters of faith and belief, both in terms of nuance and in terms of fundamental principles, we are divided in our understanding and our worldview. Yet, there is no room for respectful silence where the question being weighed is so fundamental.

I. Priests and Inequalities

For those who did not read the original article, I will summarize its contents: In relating to the Torah passages that prohibit blemished articles or animals, and particularly kohanim from serving in the Temple (which puts a human face on the question), and in opposition to the commandment “unblemished shall they be for you- and their libations” which includes both living creatures as well as vegetation, the author raises difficult questions which arise within the context of the modern mentality: It is difficult to make peace with the lack of equality and the discrimination against individuals who are disabled, whether from birth or from later events in their life. In order to quell complaints and criticisms, it is suggested in the article, essentially, to adopt a mode of interpretation that will dull the sting of these laws that invalidate such individuals and will be tantamount, with regard to the modern reality, to the erasure of all of these passages.

As the basis for this argument, the author notes the words of Rashi on the verse “Any man on whom there is a blemish may not draw near” (Vayikra21:17). In his commentary, Rashi writes: “It is not appropriate that he should draw near, in the same vein as, ‘offer it, if you please, to your governor.’” From the quote of this phrase, which is drawn from the verse in Malachi, the author arrives at the conclusion that the rationale for the disqualification of a deformed person was the incapability of ancient society to make peace with the lack of reverence reflected by the participation by blemished individuals in the processes of the sacrificial service and temple service in holy spaces. Accordingly, a second assumption is added that the basis of the disqualification being rooted in the reality of the ancient world has no part in the modern experience that aspires to equality and struggles to reject any discrimination. And so, combining these two assumptions, the conclusion emerges that there is no place for disqualifying disabled individuals according to Jewish Law, since the basis for negating phenomena such as these is not part of the landscape of the society that prefers an atmosphere of equality, openness and freedom.

The basis for this approach to uproot these disqualifications is rooted in the acceptance of the authority of contemporary ideology and sensitivities, emerging from the assumption that whatever the Zeitgeist has to say establishes the current norms by which the community should render decisions and establish practice. We need not reject such a possibility within certain contexts. However, it is clear that it should not be applied wholesale where this authority is not connected to Jewish law and its sources. It is possible, for example, that according to many authorities, that assuming the selection of a king is a commandment, the obligation to do so is conditional on the community’s desire (for a king). However, one should not see this approach as an open highway (i.e. preferred method) of interpretation and application of Jewish law.

It is possible that there will be readers who are convinced by these premises and the practical assumptions that emerge from them. However, in our case anyone possessed of careful consideration will see that our passage cannot be understood like that. First of all, there is a lack of clear understanding regarding Rashi’s citation of the verse “offer it, if you please, to your governor.” Rashi was not coming to wrestle with the question of the rationale of the commandments in this context, and was not intending in his brief commentary on this verse to enter into legal-philosophical discussions. And because of this, he did not cite a number of verses, as the author of this article did, rather he related to only one word, whose meaning and place in this context needs clarification. The verse in Malachi is an example to clarify the content and meaning of “drawing near,” which is the subject of this verse. Rashi, it appears, was concerned that someone might think that it pertains to drawing near physically, drawing near in this sense, and indeed, here and there in Chazal, it is possible that the term “drawing near” functions in this capacity, for example: “Would you imagine that a non-priest could draw near to the altar.” Therefore, Rashi explained that the verse in Malachi is comparable to the subject of the passage here. The drawing near is not physical, rather the bringing of something to a recipient, whom he wishes to honor. The question of the reason, to clarify why God does not wish the service to be performed under conditions of blemish and handicap, could be understood by itself, but in any case, this is not the point that Rashi is relating to. “When the foundations fall, the house collapses” and there is no basis here for a spring board to accept blemished individuals if such a thing is desired in this generation and in the spirit of its inhabitants.

II. Authority and Source of Values

The question of Rashi’s citation is specific and touches different areas of religion and its corollaries, but it does not break into the space of the rationales for commandments, which Rashi generally does not address. This is not the case regarding the second assumption in the article that vox populi is the normative, last word, and things should be rejected or accepted according to its will. Indeed, there may be specific areas in Jewish law where it is authoritative, for example “beauty” with regard to the disqualification of the four species might be based upon an aesthetic and cultural sense which constantly changes. But according to the view of the Tradition of Israel, handed down through the generations from Mt. Sinai, through the period of the prophets, Chazal, the medieval and modern authorities, the accepted path is that the community must listen and answer “we will do and we will hear” without using current theories to investigate and examine to see what fits their whim and what does not. The taking of the crown of authority by the community and by those aspiring to be its guides and molders of its identity, is not a privilege acquired automatically by a rabbi or the community as a whole.

Just how hard the article tries to shift the focus of authority and center for the establishment of Jewish practice from the ancient Tradition and the give and take within its framework, to the market places and open streets, is sharpened and reflected by its drafting a decision of the Chavot Yair into a group of sages that is described as approving of this approach. And this, because of the refusal of the Chavot Yair to invalidate a blind man to serve as a cantor on the High Holy Days. In the course of the responsum, the Chavot Yair discusses this question and it is clear that the line that guides him is the clarifying of the original halakhic tradition. This is in contrast to the understanding put forth by the article which we are discussing. And this proves the point: the focus of the discussion is the comparison of the Temple to the synagogue, of the service of the heart which is prayer to the sacrificial service in the Temple. This focus is the expression of his scholarly methodology and halakhic culture that he inherited and nursed from his scholarly and spiritual world, and so too in the framework of his discussion at the end of Tractate Ta’anit, in the context of a blemished individual reciting the Priestly Blessings during prayer. In both instances there is no halakhic limitation that prevents the blemished person from participating in prayer and the Priestly Blessings, and therefore the Chavot Yair did not consider disqualifying him–not not because of the fabricated opinion of the community, but because of solid, fundamentals of Jewish law. All of this is clear and obvious to anyone who recognizes the world of the Chavot Yair. Any argument that is drawn after the philosophical, societal or cultural mood as it pertains to this responsum or any of his other many responsa is mistaken and misleading.

I hope that it is clear and obvious that there is no disrespectful or belittling tone in my words towards the suffering of the disabled who wish to become integrated into a particular halakhic or social landscape and uncover that the thing is withheld from them according to the foundations and principles of halakha. I personally have absorbed this awareness from close up. My father z”l, during his last nine years, was completely blind and half deaf and even so, he found the means to struggle and make peace with his situation with courage and strength. The key in these circumstances is the strengthening of spiritual and personal ties in depth and continuously. “And they believed in Hashem and Moshe His servant.”