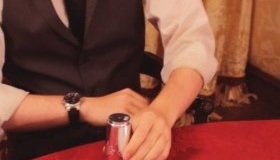 The Maccabeats took the world by storm two years ago and, ever since, have been role models of traditional Jews making an impact on the world on their own terms. As public figures, their actions are subject to great scrutiny, which places significant responsibility on them to model proper halachic behavior. Here we will address one specific issue in which this responsibility manifests, in response to a query we received from one of their members: I am a member of YU’s a cappella group, The Maccabeats. We recently made a clip of the zemer Dror Yikra (clip below), in which we use Kiddush cups, hands, and table as a means to create a beat. Someone suggested we are encouraging a forbidden action on Shabbat: using an instrument to produce music. Is it forbidden on Shabbat, and are we responsible for a viewer’s possible halachic mistake?

The Mishna (Beitza 36b) forbids one to clap, bang with his hands on his thighs, or dance on Shabbat, and the Gemara explains that it is out of concern one will be metaken (lit., fix) a musical instrument. The Gemara (Eiruvin 104a) says that while there is a machloket whether one can use a utensil to make non-musical sounds, one certainly may not use an instrument to produce pleasant noises.

There has long been tension between these halachot and practice. The Gemara (Beitza 30a) says that the reason rabbis did not protest when people clapped and danced is that it is better that people sin unknowingly than knowingly. The Rama (Orach Chayim 339:3), bothered by such practices in his time, said that either that concern of non-compliance still exists or people rely on Tosafot (Beitza 30a). Tosafot says that since nowadays people do not know how to make musical instruments, the prohibition does not apply. Although Tosafot’s thesis is surprising and not widely accepted, the Rama cites it as a second possible explanation for lenient practice.

How far does the leniency go? The Mishna Berura (339:10) says that the Rama (reluctantly) condones only clapping, thigh banging, and dancing, not use of noise-making and musical instruments. Others understand the Rama broadly. Actually, the Rama elsewhere (OC 338:3; Shut 125; see Magen Avraham 338:5) clarifies himself. One may make a beat with non-instruments. Musical instruments are permitted only for a non-Jew to play at our behest (the Rama referred to wedding celebrations, which in the past could continue into Shabbat).

Our minhag nowadays is not to use musical instruments (even by non-Jews for mitzvot). Regarding not classical musical instruments for music, including making an audible beat while singing (e.g., “drumming” on a table), the Mishna Berura (ibid.) and contemporary poskim (see Shemirat Shabbat K’hilchata 28:41; Yalkut Yosef 338:1; Orchot Shabbat 21:33) forbid it; we agree. Yet, it is undeniable that many serious Jews do bang on the tables during zemirot. They apparently rely on the lenient opinions and the assumption that any action that enhances an activity that enhances Shabbat (e.g., davening, zemirot) is grounds for leniency in the case of a mitzva. (The latter assumption is far from simple – see Tosafot, Sukka 50a – further discussion development is beyond our scope). We would neither permit nor come out against one who “drums” in this way.

You were filmed during the week, like Chassidic music artists singing zemirot with orchestras. Yet because people might think what you did is permitted on Shabbat, they could mistakenly copy you on Shabbat. Lifnei iver does not apply to cases where you neither facilitate nor encourage a violation. If it were a clear violation of Shabbat, there would be more reason to make clear disclaimers to avoid confusion. However, since some rabbis would permit the cups and most rabbis do not stop protest when people from doing something similar (banging with hands), any step you might take to avoid confusion is, perhaps laudable, but not mandated.

The first three sentences were added by the editor.