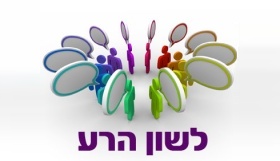 The eightieth yahrtzeit today of R. Yisrael Meir Kagan, author of the important works Chafetz Chaim and Mishnah Berurah among others, offers us the opportunity to consider whether his rules for careful speech are realistic. While forbidden speech comes in many forms, I would like to focus on the cases where lashon ha-ra–true but disparaging information–is permissible. The Chafetz Chaim (1:10:2) lists seven conditions that must be fulfilled before saying negative information. Many learn this list and conclude that they cannot abide by the overly strict regulations. However, I contend that the rules that are not nearly as strict as commonly thought. They are realistic when applied properly.

Here are the seven conditions one of my children brought home from school on a refrigerator magnet:

These correspond to the list of seven conditions in Chafetz Chaim (1:10:2):

However, the Chafetz Chaim adds later (par. 7) that if you know he will not listen to you, then you can skip this step. However, when you tell others, you must do so in front of at least three people. This leniency is very surprising because the Rema (Orach Chaim 608:2) rules that even if you know someone will not listen to your rebuke, you must still confront him once. Why does the Chafetz Chaim exempt people from that initial rebuke? The Chafetz Chaim (Intro:Asin:5) clearly disagrees with this Rema. See also Mishnah Berurah (Sha’ar Ha-Tziyun 608:13), where he quotes views consistent with his position here and relies on them slightly to take a middle position.

However, he writes (1:4:10:43) about warning your children or students to stay away from someone who is a bad influence, that you may exaggerate if necessary. R. Binyamin Cohen (Chelkas Binyamin 1:10:2:CB 10) struggles with this contradiction and suggests that you are allowed to exaggerate if it is really necessary. It all depends on the circumstances, the potential damage that might occur to the innocent if you do not exaggerate.

Later, the Chafetz Chaim (2:9:11:28:*) writes that this condition is subject to a debate between the Sema (Choshen Mishpat 461:28) who requires it and the Taz (ibid., sv. kedei) who does not. According to the Taz, by protecting others you are doing a mitzvah, regardless of your intent. However, the Chafetz Chaim argues that, according to the Taz, if you have the wrong intent then you will inevitably fail one of the other conditions. R. Binyamin Cohen (ad loc., Bi’urim 15) suggests that the debate between the Sema and the Taz do not apply to lashon ha-ra and that both would agree that intent is irrelevant. However, he is explicitly disagreeing with the Chafetz Chaim on this.

However, the Chafetz Chaim points out in a footnote (12) that this can cause an impossible situation. A thief in an area where the government punishes thieves beyond halakhic requirements will have free reign over Jews, who may not reveal his crimes. Therefore, the Chafetz Chaim writes, we may set aside this condition to prevent harm in the future. Elsewhere, I noted places where the Chafetz Chaim seems to contradict this leniency (link) and suggested that you may only reveal the information indirectly is the criminal will suffer undue consequences.

My point in this exercise is not that readers should conclude that these rules can be dismissed. Rather, these rules are nuanced. Like all areas of halakhah, this subject requires detailed study and inquiry of halakhic authorities. The more we study these laws, the more we are able to apply them properly and internalize them.