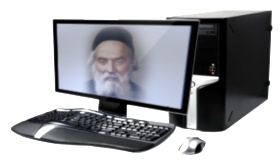 I. Comments and Culpability

The great importance of the internet in general and blogs in particular in communicating ideas raises important halachic issues. How much responsibility does a website’s owner bear for its use or misuse? Leading organizations in our community such as the OU and Aish HaTorah allow article comments on an ongoing basis. However, it is only the blog format that, almost by definition, has ongoing comments about the article itself and often about comments made by other readers who have previously responded, sometimes focusing more on personalities than the ideas at hand. The immediate issue to be addressed herein is the responsibility of the blog owner regarding the content and the tone of comments.

Even with the commenters’ best intentions, potential issues include lashon hara (damaging speech), rechilus (gossip), malbin p’nei chaveiro b’rabim (publicly causing embarrassment) and ona’as devarim (hurtful or insulting words) and the degradation of Torah scholars. An additional concern is that, as mentioned by the Chofetz Chaim,[1. After a lecture, audience members often degrade the speaker and his speech, causing great pain and humiliation. The Chofetz Chaim (2:12) points out that this conduct is problematic even though the talk was delivered in public. If the audience members truly care about the speaker, they will privately address these matters, thus fulfilling the virtue of loving their neighbor like themselves.] criticism must first be leveled privately. Therefore, it might be appropriate to arrange for questions and significant comments to be sent privately first to the author of the post or comment. However, these options are impossible if comments are anonymous. If any of these forbidden behaviors appear on a blog, what culpability lies with the blog owner?

When writing about the prohibitions of speaking and receiving lashon hara, the Chofetz Chaim points out that, aside from the basic law prohibiting the speaking or receiving of lashon hara, the prohibition of lifnei iveir (placing a stumbling block) also applies in many cases. The speaker of lashon hara causes the audience to hear forbidden words, and the listener enables the speaker to violate by providing an audience. However, regarding the violation of the listener, the Chofetz Chaim writes that lifnei iveir only applies if there would not have otherwise been an audience. If others were already listening, the addition of more listeners is not considered facilitating the forbidden speech.[2. Chofetz Chaim, Pesicha, negative command #4.]

Based on this introduction, we will address several specific cases, not as a halachic ruling but to add a halachic perspective to the issue. Most of these speak directly to our topic, while the first one is broader but is addressed here because it helps lay much of the groundwork to understanding the issues at hand.

The first question is not related to any recent technology and, on the surface, seems to be quite extreme. As we will see, it will allow us to lay much groundwork related to blogs and websites. If the logic of this question is followed to its extreme, a parent might never teach their child how to speak since he will almost inevitably speak lashon hara. Of course, if he does not speak, he would also never learn Torah or do the many acts of chesed that depend on speech, nor have a normal family life or profession. More to the point, this is not human existence as we know it.[3. It is worth noting that on the words “l’nefesh chaya” (Genesis 2:7) the Targum translates/explains it to mean “l’nefesh memalla” (a speaking being), indicating that a major portion of the uniqueness of mankind is the ability to speak. (While there are small numbers of people who may lack this faculty, this is an unfortunate disability and certainly not a reflection on their personal status.)] Clearly, this is not the Divine will. Speaking is one of the many parts of life that requires thought, maturity and discipline.

To then suggest that the owner of the telephone company would be responsible for the lashon hara spoken on his lines would indicate that he would have a responsibility to remedy this problem. If the remedy were to go so far as to demand that he close down the phone lines, it would lead to the illogical conclusion that a greater burden is placed on the owner of the phone lines than those who use them. (Additionally, there are many lifesaving emergencies (police, fire, medical, etc.) that are only available thanks to phone service.) However, all of this would likely only apply to the old technology of phones and not to blogs and the like.

The issues relating to blogs will essentially focus on the fact that the site may be viewed as facilitating, enabling or encouraging inappropriate public comments. So let us address this regarding the telephone service provider.

In terms of formal violation of the laws of lifnei iveir, it is clear from all sources that this can only take place when, without the actions of the “facilitator,” there could be no such violation.[4. This is seen in Avoda Zara 6b and is codified in a number of places in the Shulchan Aruch, notably in Yoreh Deah 151:1 where the Ramo rules that it is the accepted practice that one may sell accoutrements that will be used by pagans for their rites as long as this seller is not the only possible source of these objects.] An argument could be made that it is only through telephone service that this (long distance) conversation can take place. However, that approach would seem to be several generations out of date. In the days when there was only one provider, such a suggestion could be made. However, given the plethora of telephone service providers, it cannot be said that any given provider is in violation of lifnei iveir.

It is also true that in some cases where there is no formal violation of lifnei iveir, other lesser prohibitions might still apply. Rishonim[5. Tosafos, Shabbos 3a d”h Bava; Rosh, Shabbos 1:1.] point out that in some cases there will still be a Rabbinic obligation to help prevent the violation. The Turei Even[6. Chagiga 13a, Avnei Miluim] suggests that perhaps this obligation only applies when there is a realistic possibility that these words or efforts will be effective, similar to the parental obligation to prevent their child from wrongdoing. However, where that is not the case, particularly where numerous avenues exist to violate the prohibition, there is no obligation to intervene. Rav Yechezkel Landau rules similarly, that the obligation to help prevent others from sinning is only when the violation is done unknowingly (shogeg) and there is a realistic possibility that these efforts will succeed.[7. Dagul Mervavah, Yoreh Deah 151:1.] In the case of the telephone company, there is little doubt that nothing short of shutting down service will prevent lashon hara. Accordingly, there is no formal obligation to try to prevent this violation.

The Ritva[8. Avodah Zara 6a. This idea is based on the Mishna (Gitin 61a) which speaks of not lending tools or even offering direct verbal encouragement to farmers whose work is a violation of the laws of Shmita or to a baker who will defile the Challah portion.] writes that even when lifnei iveir does not apply, in cases where clear intent exists to violate the Torah, there is a prohibition to assist that person or even to offer encouragement. Any act that helps facilitate or enlarge that violation is prohibited. Towards the end of his words, he also introduces the obligation to voice an objection when such violations are taking place. Again, in the case of the phone company, no such objection is possible because the provider does not know which customers intend to sin in which conversations. Therefore, the phone company has no obligation to refuse service to their customers.

Applying the above rulings, it emerges that only when the impending violation is clearly looming is there any problem of “assisting and strengthening the hand of the sinners” and the obligation to intervene only applies when there is realistic expectation of success. Using these cases as a model, we have three criteria for determining whether the facilitation of lashon hara is forbidden: 1) the violation seems apparent or likely, 2) the “facilitator” has some level of personal involvement within which he can object to the sin, and 3) the “facilitator” has a realistic chance of preventing the lashon hara. Accordingly, in a case of telephone calls where the content is unknown to the provider, there is neither knowledge nor a reasonable assumption of any wrongdoing. It would therefore seem that none of these additional laws would apply either.

At the same time, a blog that allows unmonitored comments would have a different status. In such a case, it is likely that the conversation is only taking place due to the blog’s facilitation, and the blog is actually offering a larger podium to all of its speakers than they would otherwise have. Accordingly, even if a technical violation of lifnei iveir may not exist[9. Although it may apply in this case. The Chofetz Chaim (cited above) points out that lifnei iveir would apply to the speaker but not the listeners because the speech is happening with or without them. This would likely be true in the case of the blog, as well. The opportunity to say these inappropriate comments exists regardless, although without the blog the writer or commenter would likely not have access to such a large audience.] (since perhaps there are various other ways for these comments to be made), this blog still fails the three criteria above: the violation is likely, the blog owner knows about such comments and can prevent them in a number of ways (moderation, deletion, etc.).

It may be true that other blogs or websites exist that facilitate negative comments based on what is written on another. However, this would not seem to be a reason to refrain from posting ideas on a properly run site. If this were the case, an author could never write a book and a speaker could never deliver a public speech lest it evoke inappropriate comments. Rather, as the Chofetz Chaim rules, it is the obligation of the audience to conduct themselves properly. At the same time, it is clear that certain material, whether online, written or oral, will clearly lead to a lower level of discourse, often involving many of the violations discussed above. Even in such a case, it is unlikely that a formal violation of lifnei iveir exists. Nevertheless, in such a case the presenter would need to carefully evaluate the cost-benefit relationship of his dangerous words. It is likely that in many cases the other violations mentioned above, namely of assisting and encouraging violations or the responsibility to prevent fellow Jews from sinning, would very much apply. At the same time, there may be messages that are so beneficial to the community that these risks may override the lesser prohibitions; these are matters that require careful evaluation and likely a Psak Halacha.
———