Dovid Bashevkin / A religious person who sins is not an oxymoron but a part of reality as it has been from time immemorial.

What to Wear to a Sin 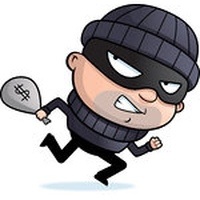 Dovid Bashevkin is the Director of Education for NCSY. He is studying public policy and management at The New School’s Milano School for International Affairs. For more of his ideas follow him on twitter @dbashideas.

A religious person who sins is not an oxymoron but a part of reality as it has been from time immemorial. Indeed, as the wisest of men said, “there is no one righteous in the land who does good without sinning” (Ecclesiasties 7:20). The Talmud (Bava Basra 165a), in fact, says that everyone succumbs to “avak lashon hara” (a form of defamation rabbinically prohibited). How does a religious person resist turning momentary weakness into permanent damage?

Periodically, we hear of more salacious tales of sin in which religious people are overcome with passion and succumb to their baser temptations. Historically, attempts have been considered, but mostly rejected, by rabbinic leaders to allow less halachically objectionable behavior in order to prevent graver sins.[1. A fascinating example is the consideration presented by R. Yitzchak Arama in his Akeidas Yitzchak, Vayera #20 regarding the allowance of prostitution in order to prevent adultery (based on Talmudic considerations found in Shabbos 4a). R. Arama is adamant that such a communal consideration is not acceptable.] Such considerations aside, what is to be made of people who find themselves overcome with desire they simply cannot resist? Do unavoidable sins of this magnitude exist? And if one finds oneself in a situation of grave sin (for instance, in a house of ill repute) should he take off his yarmulke or other identifying religious objects?

R. Ilai the Elder said: If a person sees he is overcome with illicit desire, he should go to a place where he is not recognized, don black clothes and do what his heart desires rather than desecrate God’s name in public.

This surprising text seems to permit the commission of sin. Can it be? Commentators dispute whether this statement is meant as a strategy to avoid sin or instructions for how to minimize sin’s damage. Rabbeinu Chananel (Chagigah ibid.) explains that R. Ilai is not offering any dispensation to succumb to temptation. Rather, this statement provides a strategy to avoid sin. He understands this opinion in the Talmud as describing someone who has not yet succumbed to sin and, through the process of donning somber clothes and traveling to a distant location, will hopefully abate his desires. By delaying and complicating sin, R. Ilai hopes to prevent it.

Tosafos (Kiddushin & Chagigah ibid), however, disagree. The language of the passage, according to Tosafos, indicates a more literal dispensation. Someone who is going to sin should indeed just ensure it is done privately, where he will not be recognized. This is not permission to sin but advice to minimize it.

Rif (Kiddushin ibid.) and Rosh (Moed Katan 3:11) seem to side with Tosafos’ understanding. In explaining why they rule against R. Ilai, they cite the Talmudic passage (Berachos 33b) that “all is in the hands of heaven except the fear of heaven.” Clearly, the Rif and Rosh understand R. Ilai’s statement to be predicated on the fact that some sins are simply outside of one’s control. Since, as they understand, the Talmud in Berachos does not allow for any circumstance of sin to transcend a person’s “fear of heaven,” they reject R. Ilai’s opinion as a minority view.

Interestingly, R. Elchanan Wasserman (Kovetz Maamarim, pp. 40-41) is astonished that the Rif and Rosh were even willing to consider that an opinion in the Talmud disagrees with the statement that “all is in the hands of heaven except the fear of heaven.” In his words, “It is the foundation of the entire Torah that man was given the ability to choose between right and wrong.” R. Wasserman’s question, though he does not express it, should seemingly apply to Tosafos’ explanation as well. He leaves this question unresolved.

Regarding the existence of sins that transcend one’s free will, there are some who quite explicitly allow for such a position, though none of them cite the statement of R. Ilai as support. Most notably, the Hassidic school of Izbica, including its prominent student R. Zadok of Lublin, explicitly state that, in some respects, “even the fear of heaven is in the hands of heaven.”[2. See Mei Shiloach vol #1 p. 245. For examples in the works of R. Zadok see Resisei Laylah #41 and Kometz HaMincha vol. 2 #27. A more detailed discussion of Izbica’s radical philosophy of determinism and sin can be found in Aviezer Cohen, “Self-Consciousness in Mei Ha-Shiloah As the Nexus Between God and Man” (PhD Dissertation, Ben-Gurion University of the Negev, 2006; Hebrew). See also Shaul Magid, Hasidism on the Margin: Reconciliation, Antinomianism, and Messianism in Izbica/Radzin Hasidism (Madison: University of Wisconsin Press, 2003), Ch. 7. For a more accessible presentation of the Izbica approach see Morris M. Faierstein’s All Is in the Hands of Heaven: The Teachings of Rabbi Mordecai Joseph Leiner of Izbica (Gorgias Press LLC; Revised edition 2005).]

R. Yitzchak Hutner, though not technically a student of Izbica, was very much influenced by its hasidic approach.[3. See Steven Schwarzchild, “An Introduction to the thought of R. Isaac Hutner,” Modern Judaism 5:3 (February 1985): 235-277. R. Hutner only explicitly references R. Zadok in an introductory letter to the publication of work Alfasi Zuta, later republished in his collected letters #80. Some added consideration regarding R. Hutner’s connection to R. Zadok can be found in the exhaustive work of R. Shlomo Kasirer, “Repentance in the Thought of R. Isaac Hutner,” (PhD dissertation, Bar-Ilan University, 2009; Hebrew) pp. 198-199.] In a moving letter (Pachad Yiztchak Iggros U’Kesuvim #9), Rav Hutner allows for the existence of certain sins that transcend man’s free will but cautions that one can never know for certain which are unavoidable. Given that we do not know which temptations in our lives are truly insurmountable, a person must approach all sins as if they are in his control and attempt teshuva (repentance) for any transgressions. Though there is solace in knowing that some spiritual failure is unavoidable, R. Hutner cautions that dismissing our shortcomings as simply unavoidable is a sin unto itself.

Practically speaking, in a situation where a person is overcome with a seemingly unavoidable sin should he take off his yarmulke? R. Moshe Feinstein (Iggros Moshe Orach Chayim vol. 2 #90) addresses this question in regard to someone who plans on going to the movies or theater (based on the context this seems to refer to “adult” movies and theater). R. Moshe seems to invoke Tosafos’ approach, calling taking off one’s yarmulke in such a situation a “sevara gedolah” (a substantial consideration). However, he ultimately dismisses this approach. Allowing a person to take off his yarmulke in such a situation, according to R. Moshe, is just an excuse to denigrate another aspect of Judaism, namely the wearing of a yarmulke. Only someone who genuinely is concerned about desecrating God’s name could be allowed such a dispensation. Such a person, says R. Moshe, is not likely to be someone who is overcome with sin.[4. In a recent collection of R. Shlomo Aviner’s text message responses to halachic questions, he cites this ruling of R. Moshe as precedent for his own similar conclusion. See Piskei Shlomo (Beit El, 2013) vol. 1 p. 15.]