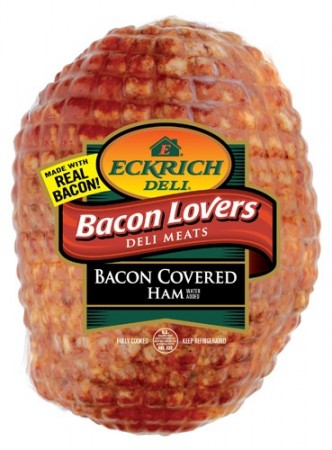 The Torah requires such a demanding food ethic that its exceptions command attention. The rationale for blanket permission to indulge certainly bears theologically important lessons. As we shall see, it may teach important strategies in managing overwhelming passion.

The primary exception to food regulations is piku’ach nefesh, life-saving measures. You may eat non-kosher to save your life. There is, however, a surprising additional exception. The Sages (Sifrei on Deut. 6:11; Chullin 17a) deduce from Deut. 6:10-11 that when Jews plunder food in battle, they may eat the non-kosher spoils, even pig meat. The Talmudic mention is brief and later authorities fill in the details.

Ramban’s last point is phrased as a challenge. According to Rambam, if kosher food is unavailable, why do we need this specific permission? The primary exception of life-saving measures renders this passage redundant. The answer to this challenge highlights the different conceptual understandings underlying this debate.

Kessef Mishneh (ad loc.) disputes Ramban’s dichotomy between plentiful food and starvation conditions. It is entirely conceivable that soldiers will be very hungry after a long day of fighting. Rambam is saying that if they do not have kosher food with them, then can eat the non-kosher plunder rather than wait however long it takes to return to base or to receive a supply truck. The Noda Bi-Yehudah (Tzelach, Chullin ad loc.) goes farther. He states that Rambam would agree that even if you have kosher food with you, if you prefer the non-kosher food you may eat it. You may forgo the army rations for the conquered delicacies.[1. See Ha’amek Davar and Meshekh Chokhmah on Deut. 6:11 for a different answer to the Ramban’s challenge.]

Ramban seems to totally dissociate this rule from personal needs. Anyone, even a civilian, may eat from this food even if you have equivalent kosher food. I suggest that Ramban sees this exception as part of conquering the land of Israel. The country is bountiful, flowing with milk and honey. When we conquer the land, we are uniquely permitted to immediately enjoy the land’s output, even if otherwise forbidden as non-kosher. After some time, we can arrange kosher produce of the land. But as a display of mastery of the land, we immediately utilize it maximally, if briefly.

On the other hand, Rambam sees this exception as a concession to human frailty. A soldier is taught to overcome his inhibition and engage in passionate warfare. Fight for your life; let the testosterone flow. At such a point, the Torah recognizes that it cannot reasonably demand a soldier control his desires in the normal way. Therefore, the Torah gives special dispensation to indulge the yetzer ha-ra (desire). We see similarly, with the captive maiden (yefas to’ar, Deut. 21:10-14) that the Torah allows an exception for the yetzer ha-ra, permitting relations with a woman captured in battle.[2. See Maharatz Chajes’ gloss to Chullin 17a.]

The Or Samei’ach (ad loc.) explains that this answers the Ramban’s other challenge. Wine for idolatry is strictly prohibited but so is taking a gentile woman. The same permission granted for the latter is likewise given for the former. According to the Ramban, that the permission for eating is due to the land, and not the desire, this comparison does not hold. However, the Rambam sees this permission as a concession to desire, similar to the other case.

The Gemara (Kiddushin 22a) states that, on taking a captive woman during war, the man may not rush her. Rashi (ad loc., sv. she-lo) explains that the man may not have relations with her immediately. He must wait thirty days until after her period of mourning and subsequent conversion. Tosafos (ad loc., sv. she-lo) challenge this view for a simple reason: if the point of this permission is to satisfy the yetzer ha-ra, as the Gemara states, the waiting period entirely undermines this purpose. Rather, states Tosafos, the man may have relations with the woman (once) immediately but may not subsequently delay the waiting process.

The answer to Tosafos’ question lies, I believe in another passage in Kiddushin. As discussed here earlier this week (link), the Gemara (40a) quotes R. Ilai who says that if you see your desire overcoming you, you should wear black clothes, go to another city where no one knows you and commit the sin there. This shocking passage is understood in two ways. Tosafos (ad loc., sv. ve-ya’aseh) quote R. Chananel who says that the Gemara is offering a strategy of delay. If your yetzer ha-ra seems overwhelming, put on humble clothes and travel because that will help you overcome your desire. After that lengthy and trying period, your desire will subside and you will not need to sin. According to R. Chananel, R. Ilai offers a strategy of delay, not permission to sin.

Elsewhere, Tosafos (Chagigah 16a sv. ve-ya’aseh) disagree. They take R. Ilai at face value. His advice is to minimize the transgression. Reduce the desecration and publicity involved in the sinful act. According to Tosafos, R. Ilai’s strategy is minimization. If you must sin, do the least possible.

Similarly, I suggest, Rashi and Tosafos’ debate about the captive woman revolves around this disagreement. Which is the ideal response to truly overwhelming desire: delay or minimizing the sin? Rashi follows R. Chananel and suggests that the Torah’s prescription for the soldier overwhelmed with desire is to delay. Wait thirty days and then either the desire will subside or the couple can be married properly. Tosafos are consistent in adopting the strategy of minimizing rather than delaying. If the man must fulfill his desires, the Torah allows him to do it once and then offer the woman an opportunity for marriage.

Ramban (Commentary to Kiddushin 22a) offers multiple views but, in the middle of his comments, offers his own compromise position. While somewhat ambiguous, I believe Ramban’s personal view is that the man need not wait thirty days but must wait until he returns home with the woman. This, too, is a strategy of delay. Similarly, in his commentary on the Torah (Deut. 21:13), Ramban suggests that the simple meaning of the text is that the man must wait.

On the other hand, Rambam (Mishneh Torah, Hilkhos Melakhim 8:2; Moreh Nevukhim 3:41) follows Tosafos, more or less. He rules that the man may have relations with the woman, just not on the battlefield. He must take her into private. Rambam adopts the strategy of minimization and not that of delay.

According to Rambam, we understand the connection between the permission to eat non-kosher food and that of the captive woman. In both cases, overwhelming desire is begrudgingly permitted in minimal fashion. You may only eat the food if you have nothing comparable that is kosher.

According to Ramban, the food case does not fit the Torah’s strategy for dealing with overwhelming desire. If it did, you would be required to wait before eating the non-kosher food. Because this is not the case, Ramban could not see this as an instance in which the Torah speaks to the yetzer ha-ra. Instead, he had to look for another conceptual framework for this unusual rule.