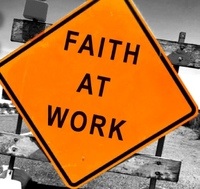 Moshe’s precise sin is hotly debated among commentators. When the biblical text leaves so much open to interpretation, important underlying worldviews of commentators affect how they fill in the gaps.

But what was [Moshe’s] sin? He inclined toward an extreme of a particular personal virtue, composure, by expressing anger and say, “Listen now, you rebels! [Must we fetch you water from this rock?]” (Numbers 20:10). And God objected to the fact that a man like himself would express anger toward the congregation.

For when someone of his caliber does something like this, he profanes God’s Name. Because the people studied every move he made and everything he said, and learned from them, and hoped to merit true bliss both in this world and the World to Come by [duplicating] them.

Ramban (Num. 20:7) stridently objects to this approach. Among his questions are that the text states that God accused Moshe of failing to have faith (Num. 20:12). How does Moshe’s anger show a lack of faith? Rather, Ramban suggests in the name of Rabbenu Chananel, Moshe’s sin was saying that he would bring water from the rock. The people might have thought that he did it on his own, through witchcraft, and not as God’s agent.

One possible reason for Rambam’s and Ramban’s disagreement is their approach toward witchcraft. Ramban (Sefer Ha-Mitzvos, overlooked positive commandments, 8) states that the mitzvah of being wholehearted with God (Deut. 18:20) involves rejecting seers and wizards. While their black magic works, we must place our faith in God and ignore their abilities. Rambam (Mishneh Torah, Hilkhos Avodah Zarah 11:16) takes a more skeptical stance. He sees all these types of black magic as useless nonsense. According to Ramban, black magic is effective but off limits because we must place our faith in God. According to Rambam, it is entirely ineffective.

Perhaps the explanation of Rambam’s view can be found in an apparent contradiction between his writings regarding God’s judgment of a person’s actions. How many mitzvos must a person perform in order to earn entrance to the World to Come? In Mishneh Torah (Hilkhos Teshuvah 3:1-2), Rambam writes that a person is judged according to the majority of his actions. If the majority is meritorious then he is judged righteous.

However, in his Mishnah commentary (Makos 3:17), Rambam writes that if a person performs a single mitzvah with perfectly pure intent, he earns a place in the World to Come. This statement is doubly difficult. On the one hand, if a person is generally negligent in his mitzvah observance, why should one perfect mitzvah earn him eternity? On the other, if a true intellect achieves eternal life, of what relevance is mitzvah performance?

R. Jonathan Blass (Mi-Nofes Tzuf, vol. 2 pp. 682-688) explains that, according to the Rambam, the highest level of faith requires action. Rambam (Moreh Nevukhim 1:39) explains that loving God with all your heart means with all the powers of your heart, which includes all the powers of your body, i.e. mitzvah observance. Intellectual apprehension of God requires loving God (ibid. 3:51), which in turns requires mitzvah observance. Understanding God’s attributes involves imitating them (ibid. 3:54). A person cannot perfect his faith without imitating God.

Perhaps, then, we can answer Ramban’s question. The Torah states that Moshe sinned by failing to believe in God. How did his anger show lack of faith? The Ritva (Sefer Ha-Zikaron, p. 62) states that faith requires action (ha-emunah mitzarefes le-ma’aseh). As we just saw, according to the Rambam, the highest level of faith in, and love of, God requires action. You must manifest it in every fiber of your being. Moshe’s anger shows not only a character flaw but a brief failure to imitate God’s attributes, a momentary descent from complete faith in body and mind.

The End of the Hirhurim Blog

The Final Year of Hirhurim