Book Review: Guidelines – Questions and Answers About the Laws of Yichud 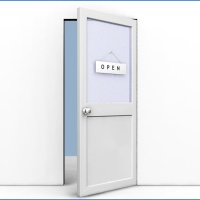 Guidelines – Questions and Answers About the Laws of Yichud

In the latest installment of the ever popular Guidelines series of halacha sefarim we are presented with the laws of yichud, the prohibition against being alone with members of the opposite sex. The sefer discusses and addresses over 100 different situations and questions of yichud in the Guidelines’ characteristically crisp, clear, and concise format.

Although not indicated in the title or front cover, there is an additional section of the sefer that deals with the laws of begged ish, the prohibition against wearing clothes or engaging in activities that are characteristic of the opposite sex. Here too, over 100 very practical and contemporary issues regarding begged ish and related issues dealing with interaction with the opposite sex are addressed. Every entry is numbered which allows readers to flip to the back of the sefer to see the sources from which the rulings are derived.

Although most of the rulings in the sefer are normative, there are several surprising stringincies and several bold leniencies. For example, we read that yichud with adopted children is categorically forbidden. While this may indeed be preferable, it is rarely practical. I was left scratching my head why the authors did not cite the rulings of authorities such as Rav Eliezer Waldenberg (Tzitz Eliezer 6:40-21, 7:44, 45) and Rav Moshe Feinstein (Igrot Moshe, EH 4:64:2) who rule leniently on this issue. They maintain that when a child is adopted at a young age the relationship that develops between the child and the parent is emotionally and physically identical to that of a biological child, and hence, yichud is permitted. See footnote for more.[1]

Also categorically, but predictably, forbidden in the sefer is a handshake between men and women. However, considering that the primary target audience for the Guidelines series are those who find themselves in the “real world” and not on the streets of Bnei Brak, the authors should have given alternative views and instructions for emergency situations.[2] Let us not ignore that some poskim distinguish between initiating a handshake with a member of the opposite sex (which they discourage), and returning such a gesture which can be permitted. This is because declining someone’s outstretched hand may cause them some embarrassment. As such, several authorities permit one to shake hands in such a situation.[3]

Similarly, I would also respectfully suggest that the authors’ ruling against greeting a woman with the word “Shalom” is a little extreme, out of context, and out of touch with reality, especially in Israel. The greeting of “shalom” today is completely unrelated to the prohibition of “ain sho’alin b’shalom isha” of the Talmud. So too, the authors’ statement that “opinions differ whether [one may greet a woman with] hello, good morning, welcome, etc.” was an unwise inclusion. Frankly, I would say that it would have been a better service to the Guidelines readership to have exchanged that entry with something like “It is forbidden not to greet a woman with ‘hello’, ’good morning’ or the like…” which better reflects social norms and expectations, and, by extension, halacha!

Nevertheless, I was pleasantly surprised to see that the authors permit a woman to carry a gun when needed, notwithstanding that the issue remains controversial. I also cracked a smile upon reaching the entry that says that there is no halachic problem with a woman using a drill, screwdriver, wrench, or hammer to perform household chores. There is also an entry on Bat Mitzva in which the authors rule (bordering on “encourage”?) that a girl may celebrate her bat mitzvah at home with a meal for family and friends. Finally, the authors state very clearly that, contrary to widespread misconception, it is ultimately permissible to sit beside a member of the opposite sex on a train or bus, and the like.[4]

Although there are a number of rulings that one can take issue with, as I have here, I did enjoy this short volume on hilchot yichud. It is an important and valuable compilation of essential yichud and related matters that is packaged into a very easy read. Readers will know when they have a shayla on their hands and should consult with their rav, as appropriate. Indeed, it might just be the best English presentation of the laws of yichud currently available, especially considering its brief, and to the point, rulings.

[1] Among his reasons for ruling leniently, Rabbi Waldenberg notes that the issue of Yichud with adopted children can be compared to the issue of yichud between a husband and his wife while the latter is a Nidda. Even though sexual relations are forbidden during a woman’s Nidda status, there is no prohibition for the husband and wife to be secluded together during this time as we are not concerned that sexual relations will take place. It is assumed that a husband and wife are so familiar with each other that they will not be tempted to sin during the period of Nidda when relations are forbidden. Similarly, parents are not sexually disposed to their adopted children and there is no reason to fear that any sexual impropriety will take place. Rabbi Waldenberg also asserts that a lifestyle which requires observance of the laws of Yichud between parents and children is unreasonable and something which most people simply cannot adhere to. Rabbi Moshe Feinstein is also among those who rule leniently on the issue of Yichud and adopted children, however his reasoning for doing so is especially unique and innovative. He insists that no adoptive father would commit any sexual impropriety with an adopted daughter, for fear of being caught by his wife. Rabbi Feinstein is essentially assuming that in addition to the purity of the relationship between a parent and an adopted child, there is an inherent intimidation against doing something unbecoming, whether or not the parent would even desire to do so. This leniency, however, logically only applies when the adoptive parents are living together in a harmonious marriage.
[2] See Rabbi Henkin’s dissertation on this issue in Chakira, Vol. 4, Winter 2007, available online at: http://hakirah.org/Vol%204%20Henkin.pdf.
2013-06-18
Ari Enkin
Previous: News & Links
Next: Rabbi David Hartman’s Theological Legacy