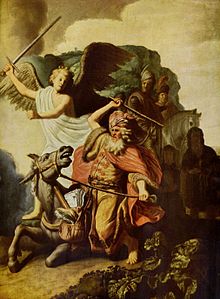 Bilam’s request from God is so audacious as to defy belief but may be understood better after examining the fate of a repentant Roman courtier. Bilam asks for a death like the righteous, a respected place in the afterlife. “Let me die the death of the upright” (Num. 23:10). A wicked prophet, who was willing to curse God’s chosen people and advise others to entice them to sin, Bilam was unworthy of righteous treatment. How could he dare to ask for such a remote favor? Why would the Torah bother to record it.

The Gemara (Avodah Zarah 10b) tells the story of a courtier who outsmarted a Roman ruler and proved that he should not enact an anti-semitic plan. In response to his chutzpah, the Roman courtier was sentenced to death. On his way to his execution, the Roman circumcised himself in a spontaneous moment of inspiration. After he died, a heavenly voice called out that he was welcome to the afterlife. R. Yehudah Ha-Nasi cried over this, saying: “Some earn their afterlife in a brief moment and others earn theirs over many years.”

This surprising story seems to counterintuitively equate a life of spiritual growth, of hard work to improve yourself and the world, with a single, selfless act of repentance. How can a just God reward them equally? Surely the lifelong saint, who has overcome countless trials and impacted the world in many positive ways, has earned more. The Maharsha (Chiddushei Aggados, ad loc.) states that, indeed, a righteous person receives much greater reward. He creatively explains that this courtier earned a minimal place in the afterlife, a good moment’s worth. R. Yehudah Ha-Nasi cried over the Roman’s small portion.

Presumably, the courtier, without his brief repentance, would have received no portion at all in the afterlife. The Rambam (Mishneh Torah, Hilkhos Teshuvah 8:5) seems to say that wicked people’s souls die with their bodies, attaining no afterlife at all (kares). Ramban (Toras Ha-Adam quoted in the anonymous commentary on the side of the Mishneh Torah) rejects this reading and insists that, even according to the Rambam, the completely wicked are eternally punished (R. Yosef Kafach, in his commentary, rejects what he considers Ramban’s revisionist reading of the Rambam). Regardless of which approach we adopt, the Roman courtiier would otherwise have either suffered eternally or completely perished on physical death. However, with his one good deed he succeeded in attaining a small portion in the afterlife.

Perhaps with this idea, we can explain Bilam’s request. He was not asking for a complete portion of the righteous, for which he was certainly unworthy. Rather, he was asking for a small portion of the afterlife. He asked that his soul follow those of the upright to the afterlife, even if on a lower level. Every Jew who does not forfeit his privilege receives some place in the afterlife. Bilam was asking to be counted among them, as someone minimally worthy. This is a much more modest and plausible request than receiving the same portion as the most righteous men.