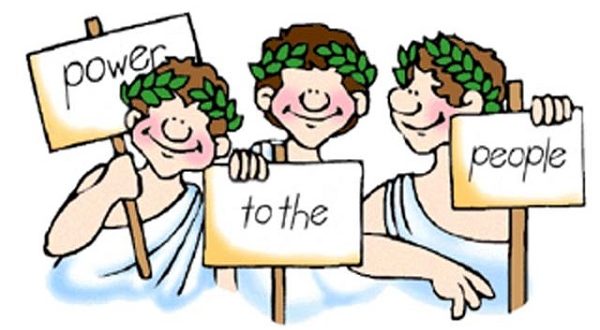 I. Death and Sacrifice

The death of Aharon’s sons Nadav and Avihu is puzzling on many levels. R. Menachem Kasher lists 17 suggestions from midrash and commentaries for their lethal sin. [1]1. Torah Shelemah, vol. 25 addendum 1 In particular, the Torah’s response to the priestly sin by adding more rules seems counterproductive, leading to more failures. I believe that their story is more than tragic history, set in its chronological place after the dedication of the Tabernacle but otherwise intruding into the Leviticus narrative. Rather, it is the fitting conclusion to the prior nine chapters of sacrificial details, explaining a key philosophical issue about leadership and politics that retains relevance to this day.

The concluding verse of the sacrificial details in the beginning of Leviticus contradicts itself. “…Which the Lord commanded Moshe at Mount Sinai, on the day that He commanded the children of Israel to present their offerings to the Lord, in the desert of Sinai.” [2]Lev. 7:38 According to this verse, these laws were taught both at Mt. Sinai and in the Sinai desert. While seemingly the same address–isn’t the mountain within the desert?–they are actually contradictory. The Sinai desert means the tent of gathering (ohel mo’ed) at the base of Mt. Sinai, where the entire populace was gathered. Mt. Sinai itself means atop the mountain, where Moshe received special revelation. Where were the sacrificial details revealed?

The first five chapters of Leviticus describe the five key sacrifices: olah, minchah, shelamim, chatas and asham–roughly one per chapter. Imagine our surprise when the careful reader, who has not tired of all this lengthy detail, encounters these same sacrifices in chapters six and seven. Why the repetition? The answer is simple yet critical to our understanding of what is really going on in these passages.

As many commentaries point out, [3]e.g. Ramban to Lev. 6:2 the first five chapters are directed to the commoners, all of Israel. The populace is taught the key sacrifices and to bring them. In contrast, the subsequent two chapters are explicitly directed to the priests. These passages are instructions on how to facilitate these offerings. This explains the repetition and also, according to R. David Tvi Hoffmann, the timing of the commands. The instructions for the priests, the detailed how-to’s, were given on Mt. Sinai. The general instructions for all Jews were conveyed in the Sinai desert, at the tent of gathering. [4]See R. Elchanan Samet’s extensive study in his Iyunim Be-Parashos Ha-Shavu’ah, series 1 vol. 2 ch. 2

What emerges from all this is something remarkable. Prof. Jacob Milgrom [5]Anchor Bible, Leviticus vol. 1, pp. 52-53 points out that one of the ways the Torah’s sacrificial order is distinct from others in the Ancient Near East is that it is not relegated solely to the priestly class. In other ancient religions, people would bring their sacrifices to their priests, who would offer them on their altars. The priests conducted the entire service.

Judaism’s worship is more participatory. Commoners, non-priests, are allowed to perform the initial parts of the service. Whoever brings the sacrifice is allowed to slaughter the animal and quarter it, and he must perform the hand-leaning. Additionally, the laws are taught to everyone: “And the Lord spoke to Moshe saying, speak to the children of Israel” (1:1-2; 4:1; 7:22). The sacrificial worship is not an esoteric doctrine limited to the priests but includes commoners as well.

There is a profound reason for this limited inclusion, an important political insight. In ancient Athens, all citizens had equal voice in governing the city. Plato, in his Republic, critiqued this egalitarian democracy. Why should the unqualified be allowed a voice in issues which they do not understand? Instead, he believed that an elite of intelligent, educated people should rule. Throughout history, governments have struggled between the rule of the masses and of the qualified. On the one hand, placing power in the hands of the few invites abuse. On the other, allowing the untrained to rule leads to poor governance. In the United States, we compromise with a House of Representatives, reflecting popular sentiment, and a Senate of elite professionals. It is not a perfect resolution but none currently exists. In the sacrificial realm, the Torah proposes a different compromise.

Consider a typical Orthodox synagogue with no professional cantor, in which members lead services. Sometimes an excellent volunteer leads, one who understand the prayers and can project his pleasant voice throughout the hall. Other times, someone with mediocre talent or worse leads. Quality varies greatly and the prayer experience often suffers. However, rabbinic literature proves, and experience confirms, that professional cantors often abuse their positions and inflict congregants with lengthy and self-congratulatory performances rather than inspiring prayers. The dilemma is clear.

Similarly, if the priests completely control sacrifices, they will inevitably turn corrupt and assert their personal will over those powerless to object. But if the common people perform sacrifices, quality will suffer. Jewish worship deserves trained and qualified leaders. The Torah’s compromise is twofold: 1) to allow limited common participation and 2) to place limitations on the priests. Israelites may perform the initial sacrificial rites and priests must follow clear rules restricting their autonomy. Similarly, non-professionals may lead services and even professional cantors must abide by rules about their behavior. [6]Shulchan Arukh, Orach Chaim 53

After the sacrificial instructions first to the entire populace and then to the priests, which clearly enable popular participation, the Torah tells an important story. On the very first day of sacrifice, two priests–Nadav and Avihu–overstep their bounds. Whatever their sin, whichever of the 17 possibilities, they ignore their limitations. They take priestly prerogative too far, negating the balance of power. Their punishment and the ensuing priestly rules emphasize that priests are functionaries. They must share their powers and acknowledge their boundaries.

The story of Nadav and Avihu and the Torah’s subsequent list of limitations serves as a narrative culmination of the great priestly compromise. The Torah requires a highly trained class of professionals to perform the sacrificial order. The priests were educated from youth and trained from young adulthood to serve in the Temple (or Tabernacle). Those with greater ability rose to greater responsibility within the priestly hierarchy. However, in order to minimize their abuses–eliminating them entirely is certainly unrealistic–commoners were given sacrificial privileges and priests were forced to conform to strict rules. The literary structure of the first ten chapters of Leviticus teaches this political resolution inherent in the sacrificial order.