The big questions in life often seem deceptively simple. It frequently takes more skill just to identify the true issues as it does to resolve them. When a group of wise scholars independently address a difficult topic, we learn as much from their angle of approach as from their answer. The State of Israel registers religion and nationality separately, for security reasons. To execute this requirement, the government must determine who is a Jew–no small matter of controversy. After heated debate, a Knesset committee in 1958 instructed Prime Minister David Ben Gurion to consult with fifty scholars in Israel and abroad to resolve how to define a Jew for these purposes. Their responses are translated into English in Baruch Litvin’s Jewish Identity: Who Is A Jew?, recently republished with additional essays by Prof. Lawrence Schiffman, R. Michael J. Broyde and R. Kenneth Brander. The big questions in life often seem deceptively simple. It frequently takes more skill just to identify the true issues as it does to resolve them. When a group of wise scholars independently address a difficult topic, we learn as much from their angle of approach as from their answer.

The State of Israel registers religion and nationality separately, for security reasons. To execute this requirement, the government must determine who is a Jew–no small matter of controversy. After heated debate, a Knesset committee in 1958 instructed Prime Minister David Ben Gurion to consult with fifty scholars in Israel and abroad to resolve how to define a Jew for these purposes. Their responses are translated into English in Baruch Litvin’s Jewish Identity: Who Is A Jew?, recently republished with additional essays by Prof. Lawrence Schiffman, R. Michael J. Broyde and R. Kenneth Brander.

This question may seem simple but it is not. The knee-jerk Orthodox reaction is that the definition of a Jew is someone whose mother is Jewish or who converts halakhically. But that is beside the point. This question is how a person will be identified in a secular government document, not in a rabbinic court. Perhaps a secular definition should reign. Since the Israeli government represents the entire Jewish people, in addition to its gentile citizens, maybe a more universal definition that takes modern historical developments into account should be used. The issue is not primarily halakhic, which makes the responses from halakhic authorities more interesting. How does a nuanced rabbinic thinker, who recognizes the complexity of the issues involved, answer this question?

Ben Gurion inquired of Jewish scholars across the spectrum, Charedi to Reform, rabbinic to literary. Of the forty-five responses he received, forty-three are published in Litvin’s book (he did not receive the authors’ permission to publish the other two). As such, this book contains a cross-section of Jewish attitudes in the late 1950’s. Due to space considerations, I can only discuss a few of these scholarly essays and only a few of the issues they raise.

R. Joseph B. Soloveitchik and R. Chaim Heller both received inquiries but responded with a joint statement (p. 117). They first explain the relevant religious laws which are, they state, “basic principles of our Torah and commandments.” They then quote the Rambam (Mishneh Torah, Hilkhos Chovel U-Mazik 1:6) who states about these types of laws that they were transmitted to Moshe and have been upheld by religious courts throughout the generations. Since the Torah and Jewish history justify the Jewish claim to the Land of Israel, the State of Israel must uphold the standards of its theoretical basis. To deviate would undermine the state.

R. Shlomo Goren, in a lengthy treatise quoting extensively from Talmud and midrash, appeals to history in a different sense (pp. 46-48). In addition to many other reasons we discuss below, R. Goren argues that Jewish history’s “lessons, without exception, caution us against any separation of and division between the Jewish nation and its religion.” During the First Temple era, wicked kings attempted to promote Jewish nationalism over religion, always with catastrophic results, including the disappearance of the Ten Tribes. We dare not repeat this ancient mistake.

Prof. Saul Lieberman argues that the proposed definition would encourage intermarriage (p. 238). “Any laxity in Israel regarding the sons of intermarriage will lead to tragedies for Israel in exile… The children [wishing to intermarry] will justifiably argue that if it is permitted in Israel, then most certainly is it to be permitted in America.” These words seem to be lost on today’s Conservative movement (link).

R. Aharon Kotler similarly argues that the revised definition would encourage intermarriage and assimilation. Aside from the great sin and the loss of future generations to the Jewish people, it would also “lead to the fragmentation of the Jewish Nation” (p. 105). I believe that R. Kotler’s primary concern is intermarriage and only secondarily the lack of unity. The London Beth Din took the opposite approach.

Responding on behalf of Chief Rabbi Israel Brodie, the London Beth Din argued that a deviation from the traditional definition of a Jew would cause an irreparable break in Jewish unity (pp. 68-69). They proceed to explain that the proposed standard will lead to assimilation and intermarriage around the world. I believe that this second point is intended to explain why the diaspora communities would have to reject Israel’s standard, leading to disunity, the primary source of objection.

In a lengthy essay, R. Yechiel Ya’akov Weinberg similarly appealed to Jewish unity (p. 91). He argues that the historical definition of Judaism consists of unity and chosenness. By weakening Jewish unity, the government would be weakening the Jewish people.

Prof. Alexander Altmann begins with theology but ends with unity (pp. 225-226). The “inseparable unity of nationality and religion” is an important element of Judaism, uniting different tribes for a “religious universal role which constitutes the great and glorious destiny of the nation.” Tampering with the definition of a Jew, and hence Jewish unity, threatens the very role of the Jewish people. The term Israel was emptied, to a degree, of its religious meaning to include gentile citizens of the country. We dare not also negate the religious content of the term Jew.

R. Menachem Mendel Schneerson, the last Lubavitcher Rebbe, used a fascinating strategy. His primary letter set down the law, which is clear and brief (pp. 110). He added as a postcript arguments for adhering to the traditional definition. And finally, he sent a follow-up letter the next day encouraging Ben Gurion to set the cultural tone in Israel based on Judaism. He called on Ben Gurion to engage in kiruv!

In addition to appealing to Jewish unity, R. Schneerson noted that a person’s sense of Jewishness is intimately tied to personal identity. If we weaken the definition of a Jew, we risk damaging many Jew’s links to their people. In other words, if all it takes to become a Jew is to declare oneself to the Israeli government, being Jewish is no big deal.

R. Schneerson also pointed to the potential security concerns to which this proposal could lead.

R. Yosef Kappah appealed to the meaning of the word “Jew” (p. 135). It does not refer to geographic location nor merely religion or nationality or tribe. You hear of a Jew in England but not a Jewish Arab or a Christian Jew. Rather, the term Jew refers to both religion and nationality. To register a gentile as a Jew is to distort language. R. Kappah does not address the English Jew or Yemenite Jew. Presumably he would consider them to be Jews living in England or Yemen.

Prof. Harry Wolfson argued that the term Jew denotes religion alone (p. 241). Non-religious Jews retain the description because of their origin and past. However, “Jewish secularism in the Diaspora, by itself, is devoid of any positive content and social cohesiveness; it is something negative, a mere form of escape.” What about secularism in Israel? Wolfson does not address this but adds that we need a term for adherents to Judaism. If we redefine Jew then we must coin a new term, which would be odd so late in Jewish history.

Prof. Yehezkel Kaufmann similarly argues that the exclusion of someone who belongs to another religion makes this issue one of religious, and not just civil, status (p. 146).

Arguing from halakhah to a non-religious Jewish leader is useless. It will not convince anyone who does not accept its authority. Instead, these eminent scholars sought secular reasons to buttress their halakhic claims. They appealed to Ben Gurion’s principles as a leader of a diverse and historic people, asking that he not destroy the underpinning of Jewish survival. Sadly, they failed and, much later, the Reform movement further eroded Jewish identity with its acceptance of patrilineal descent. Only decades later, we already see the intense conflicts emanating from these diverse and deviant definitions of Jewish status. 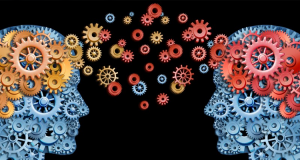 Must We Prove That God Exists?