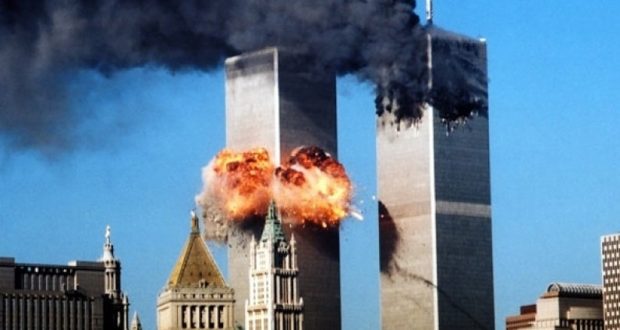 I. Responding to Tragedy

The traditional Jewish response to tragedy contains multiple elements — action, prayer and questions. Each of these types of Jewish reactions followed the terrible events of 9/11 and are ably documented in the recent book edited by R. Michael J. Broyde, Contending with Catastrophe: Jewish Perspectives on September 11th.

These three varieties of responses mirror midrashic interpretations of a seemingly simple blessing as referring to spiritual completeness. The Torah (Deut. 7:14) describes as one of the rewards of universal obedience to God that “You will blessed above the other nations; there will not be male or female barren among you, or among your cattle.” The rabbis of the midrash (Devarim Rabbah 3:6) offer three interpretations of this promise. The first understands it simply. Others take it less literally, suggesting that the verse means that our prayers will not be unanswered (i.e. childless) or barren of repentance.

These three interpretations can be better understood when compared to the Rosh Hashanah cry, during the U-Nesaneh Tokef passage, of “But repentance, prayer and charity avert the evil of the decree.” R. Jonathan Sacks, in the commentary to his recently published Rosh Hashanah Machzor, explains that these three elements refer to three types of commandments — between man and God (prayer), man and his fellow (charity), and man and himself (repentance). Excelling in all three displays a religious wholeness that breaks through divinely ordained misfortunes. Similarly, the promises of answered prayers (between man and God), universal repentance (man and himself) and childbearing (man and his fellow) constitute a reward of spiritual completion.

Responding to tragedy with action, prayer and questions reflects the same totality of being. The actions show our concern for our fellow in protecting them and advocating on their behalf. And our prayers and questions generate growth in our divine relations and personal spirituality.

The most obvious action in response to 9/11 was of a military nature. This was conducted by the United States and its allies and was not uniquely Jewish, although Jews certainly participated. The other action which traditionally follows death is mourning, followed by the continuation of everyday life. In the case of 9/11, both the mourning and moving on required prior rabbinic activity in declaring victims dead. Jewish marital law demands a rabbinic determination of death before allowing a spouse to remarry. In the case of the 9/11 victims, rabbis needed to determine that the spouses — generally husbands — were indeed in the towers or airplanes and perished in the tragedy.

R. Michael Broyde explains in his essay why this is so important. Jewish marriage is a private agreement between two people that a rabbi cannot simply annul. The marriage must be ended through either a private divorce contract or death. The rabbis can only certify that either has occurred and lack the authority to grant a divorce. To illustrate the danger of prematurely declaring a spouse dead, R. Broyde cites the example of American sailor Tom Gordy who was captured in World War II by the Japanese. After being informed by the International Red Cross that Tom was dead, his wife Dorothy eventually married a friend of the family. When Gordy returned after the war, Dorothy annulled her second marriage but Tom refused to take her back after what he considered her betrayal. The accidental adultery due to the premature declaration of death wreaked havoc on husband and wife, not to mention the second husband.

R. Yona Reiss, who at the time of 9/11 was the Director of the Beth Din of America (BDA), the rabbinic court sponsored by the Rabbinical Council of America and Orthodox Union, describes the process and timeline of resolving the ten cases that were presented to the court. From the initial meetings at which the BDA was unofficially given jurisdiction over cases coming from its own community as well as those of the Reform and Conservative movements — the Reform and Conservative representatives recognized the universal acceptance of its decisions — through the meetings with co-workers, medical examiners and newspaper reporters, until the declarations of death and performance of chalitzah ceremonies where necessary, R. Reiss takes readers through the morbid but fascinating and challenging events.

R. Chaim Jachter complements this with a detailed discussion of the complex halakhic issues that arose in the various cases. Sometimes partial or no remains of the deceased were found or only personal items. In some cases, there was no direct proof the spouse was in his office building when it collapsed. R. Jachter shows how the BDA resolved these and other questions, placing everything in halakhic context and showing precedents and dissenting views. After R. Jachter’s comprehensive article, readers are offered entry into the complex world of responsa. Specific correspondence on these cases is translated from Rabbinic Hebrew into English: a lengthy exchange between R. Mordechai Willig and R. Zalman Nechemiah Goldberg, and the responsa of R. Gedalia Schwartz and R. Ovadiah Yosef.

After the rabbinic declarations of death, the BDA sent spouses letters permitting them to mourn and eventually remarry. These letters, also on museum display, are reproduced in this volume with other primary correspondence and items of evidence.

The second section of the book enables readers to grow religiously by addressing ethical and philosophical questions emerging from the tragedy. R. J. David Bleich asks a difficult question about preventing similar future tragedies. May the military shoot down a plane containing both terrorists and civilians, thereby saving thousands of lives by killing dozens of innocent passengers? R. Bleich submits the complex ethical quandary to careful halakhic scrutiny and concludes that the obligation to save life “does not constitute license to commit an overt act of homicide.”

R. Norman Lamm, speaking at the first anniversary of 9/11, asks how to properly remember this tragedy. Distinguishing between the complementary themes of zekher le-churban (remembering the Destruction) and zekher le-mikdash (remembering the Temple) that manifest repeatedly in Jewish law, R. Lamm exhorts us to remember the pain of 9/11 and rebuild for the future. R. Aharon Lichtenstein examines the moral and religious ramifications of 9/11. While he has much insight to offer, I found the following particularly important: “Our confrontation with this worldview should lead us to examine ourselves and take care that our own fervor not overpower our conscience and our faith.”

Prof. David Shatz examines the problem of religious fanaticism and morality. If we accept, as we must, an objective morality that opposes evil, how can we engage in theodicy which serves to explain evil? My brief and simplistic formulation loses most of the impact the weighty, nuanced challenge. He answers based on the teachings of R. Joseph B. Soloveitchik that “[w]e must act as if there were no answers in any specific case we encounter — as if suffering is not integral to a higher good. Were we to do otherwise, we could not explain the ethical responsibility of eliminating evil.”

At least weekly but sometimes more often, communities recite prayers on behalf of a host of necessary communal bodies. Most of these were written centuries ago but a few, such as that for the US government, are of more recent vintage. After 9/11, the leadership of the many synagogues where these prayers were previously skipped to save time instituted prayers for the US government. Dr. Avi Shmidman and R. Ben Tzion Spitz composed specific prayers, based on the traditional version but modified to refer to those killed in 9/11, first responders and emergency workers, and the US armed forces. These along with the authors’ commentaries close the book on a note looking heavenward, where our faith in ultimate peace and justice lies.