While Israeli rabbis and politicians debate conversion standards, afflicting many converts with confusion and difficulty during this transitional period, a local problem of greater personal significance recedes to the background. R. Gedalia Dov Schwartz, senior rabbinic judge of the Chicago Rabbinical Council and the Beth Din of America, tries to tease that problem out of hiding and eradicate it with his new booklet, אהבת הגר – Loving the Convert: Converts to... While Israeli rabbis and politicians debate conversion standards, afflicting many converts with confusion and difficulty during this transitional period, a local problem of greater personal significance recedes to the background. R. Gedalia Dov Schwartz, senior rabbinic judge of the Chicago Rabbinical Council and the Beth Din of America, tries to tease that problem out of hiding and eradicate it with his new booklet, אהבת הגר – Loving the Convert: Converts to Judaism and Our Relationship With Them.

The Orthodox community, particularly in metropolitan areas, is quite homogeneous. The differences between people and sub-communities are generally quite minor. Converts, by dint of their non-Jewish backgrounds, are different. The few Jews who do not like people who are different will automatically dislike converts. Many others, though, may unintentionally make converts feel uncomfortable and even unwanted. A resulting feeling of rejection can be devastating to some converts.

The solution to this problem is two-pronged. The first is education of the greater Orthodox community. In this booklet, R. Schwartz takes on that task. Loving the Convert contains four sections. The first part, consisting of chapters 1-4, delineates the halakhic and hashkafic obligations of sensitivity to converts. Not only must we love them and pray for them three times a day, we must be extra careful to avoid offending them. In many ways, converts lack the typical support system in the Jewish community.

The second part of the booklet contains personal statements from converys about the difficulties they have encountered joining the Orthodox community. The third section examines halakhic issues related to converts, such as whether he may become a yeshiva dean (yes) or recite Kaddish for his deceased gentile parent (yes but only occasionally). The fourth part contains the Hebrew endnotes and extensive primary sources for the first and third parts.

Initially, the second section of the booklet seems out of place. Why would a prominent halakhic authority include the emotional words of laypeople in his work? However, when writing about the need to embrace converts, he clearly saw a need to point out both their sensitivities and the areas where our community needs work.

I mentioned earlier two elements to solving this problem. The first is educating the community. The second, not addressed in the booklet, is educating converts. They have to understand that a community that strives for closeness and closed-ness, a tight-knit society that builds a wall to the secular world (of varying heights, depending on each community), will present obstacles to joining. We will ask personal questions about your upbringing; we will play Jewish geography; we will treat you like family.

You may find this invasive, especially when some people are overly nosy. You may feel uncomfortable because you don’t have what you think are the “right” answers. You may not want to reveal your life’s story to strangers or at every Shabbos meal you attend. Just remember that this is not a unique experience for converts. Ba’alei teshuvah and people with unusual backgrounds — foreign accents, small town upbringing — face the same challenge.

You have to learn two skills. The first is blending in. Even those whose racial characteristics preclude fitting entirely into the American Orthodox community can blend in with their behavior. If you dress, speak and act like a member of the community, you will find you are treated much more like a member. You also have to learn how to deflect questions you don’t want to answer. In a perfect world, no one will ask you rude questions. Until then, have answers ready like “Someday I’ll give you the whole story” or “It’s a long and private story.” You can prepare joke answers or change the subject.

It is hard for a community leader to acknowledge a societal problem. I salute R. Schwartz for also trying to solve it, even partially, through education. I’m not holding my breath until we eradicate rudeness. However, raising awareness can at least mitigate the problem and encourage others to reach out to those among us who feel vulnerable and rejected. 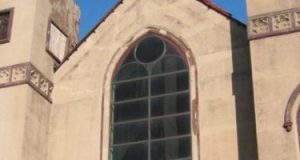