Six years ago, I blogged about a then-recently republished book of responsa that censored out what the publisher evidently considered an inappropriate responsum (link). This misdeed has now been undone, as a descendant redeems his ancestor and namesake.

R. David Zvi Hoffmann was the leading halakhic decisor in Germany at the turn of the twentieth century. A brilliant Talmudist and academic scholar, he succeeded R. Azriel Hildesheimer as rector of the Orthodox rabbinic seminary in Berlin.

His influential collection of responsa, Melamed Le-Ho’il, were posthumously published by his son. They have since been repeatedly republished, but always offset from the original edition. This made the omission in the latest edition very obvious — the missing responsum was replaced with empty space!

The “offending” responsum answers a question regarding swearing in court while bareheaded, as was standard secular protocol at the time. In his response, R. Hoffmann recalls the teaching job he held as a young rabbi in Frankfurt. Students learned secular studies bareheaded in the school founded and headed by R. Samson Raphael Hirsch. When R. Hoffmann went to visit R. Hirsch for the first time and failed to remove his headcovering, R. Hirsch berated him because other staff members may interpret it as a sign of disrespect. R. Hoffmann compared this with the strict views of Hungarian rabbis, who particularly forbade students in school to study bareheaded. R. Hoffmann concluded that litigants should request permission from the judge to swear while wearing a hat but if the judge refuses, they may swear bareheaded.

While R. Hoffmann was censored in the past, he has now been redeemed by his great-grandson and namesake. R. David Zvi Hoffmann of Jerusalem recently published a retypeset edition of Melamed Le-Ho’il. This new edition contains translations into Hebrew of all the German — a major improvement — and an extensive introduction by the contemporary R. Hoffmann. This proud descendant not only included the previously censored responsum, but highlighted it with a note in the table of contents.

See below for the title page, the relevant page of the table of contents (the yellow coloring is my addition), and the “offending” passage in the new edition. 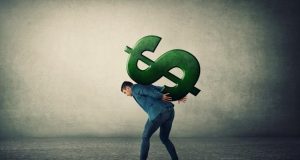