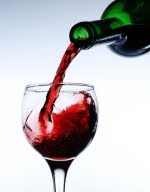 The Shulchan Aruch records a tradition to refrain from drinking wine during the period of the nine days leading up to Tishah be-Av. In a recent lecture delivered in Teaneck, Prof. Daniel Sperber argued that the entire passage in the Shulchan Aruch is based on a faulty interpretation of a passage in the Talmud Yerushalmi (Sperberâ€™s full analysis of this issue appears in his monumental work, Minhagei Yisrael).In light of this supposed error, Sperber concluded publicly that the Shulchan Aruchâ€™s ruling can be considered a ×ž× ×”×’ ×˜×¢×•×ª, although Sperber added that it is advisable to observe this specific ×ž× ×”×’ ×˜×¢×•×ª as a mean of identifying with the mournful nature of the time period.

What was the supposed erroneous basis for the ruling in the Shulchan Aruch? A passage in the Yerushalmi in tractates Pesachim and Taâ€™anit reports the custom of certain women to refrain from certain activity (×œ×ž×©×ª×™×™×) from Rosh Chodesh Av until the fast of the 9th. Sperber demonstrated that the Shulchan Aruch understood the Yerushalmi to be reporting that these women refrained from drinking wine during this time period, and based on this understanding the Shulchan Aruch codified his ruling. However, Sperber pointed out that the word ×œ×ž×©×ª×™×™× in Palestinian Aramaic means â€œto weave,â€ not â€œto drink,â€ which would be ×œ×ž×©×ª×™. Moreover, he noted that if the custom was to refrain from drinking, it is not clear why this custom would be specifically attributed to women, and not men.

Therefore, Sperber quoted the view of an early North African Talmudist, R. Nisim Gaon, quoted in Or Zarua, who maintained that the custom reported in the Talmud was to refrain from weaving. This understanding explains both the language ×œ×ž×©×ª×™×™× as well as the attribution of this custom to women specifically. The above discussion led Sperber to conclude, quite matter-of-factly, that the Shulchan Aruchâ€™s recording of a tradition not to eat meat or drink wine was faulty and based on a string of errors.

This conclusion is startling for a number of reasons. First and foremost, Sperber failed to articulate clearly that the different explanations of the original custom was due to two separate versions, girsaot, of the Yerushalmi passage. The alternate girsa actually reads, â€œto drink wineâ€ (×œ×ž×©×ª×™ ×—×ž×¨×). In fact, this alternate girsa even predated R. Nisim, and was quoted by no less of an authority than R. Hai Gaon, an older contemporary of R. Nisim.

That an alternate girsa existed is apparent in many Rishonim. Take for example, Machzor Vitri (#263), which states explicitly that the girsa of the Yerushalmi reads, â€œto drink wine.â€ The same is true with Ravyahâ€™s recording of this custom (#882). In fact, R. Nisimâ€™s reading was in the minority (Although it is the text in printed editions and in the Leiden manuscript), as most of the major Rishonim had the girsa that reads, â€œto drink.â€ This includes significant Rishonim from a wide spectrum of halakhic cultures. From the Baylonian Gaon, R. Hai, to the Spanish codifier, Rambam, to the Ashkenazic codifier, Tur, who records both girsaot, to the Catalonian Talmudist, Ramban, all of the major medieval Talmudists ruled in accordance with the girsa that states â€œto drink wine.â€

Additionally, R. Yosef Karo, author of the Shulchan Aruch, was himself aware of the variant girsaot of the Yerushalmi passage. In the Shulchan Aruch, both the custom to refrain from drinking wine, and to refrain from weaving are codified. The commentators on the Shulchan Aruch note that both customs appear in the Shulchan Aruch due to the fact that the Rishonim quote two different versions of the Yerushalmi text. See, most notably the Beâ€™er ha-Golah, who refers to the version that reads â€œ×œ×ž×©×ª×™×™×â€ as a variant text of â€œsomeâ€ of the Rishonim (see also Biur ha-Gra). Apparently, R. Karo who was aware of both girsaot, didnâ€™t feel confident enough to conclude that the girsa of the majority of Rishonim was in error. Why then was Prof. Sperber so confident?

Instead of arguing that the Shulchan Aruch was in error for quoting the view of the overwhelming majority of Rishonim, the opposite could have been argued: Even though the girsa of R. Nisim was only represented in a very small amount of sources, the Shulchan Aruch still included it because of the strengths mentioned by Sperber (such as the fact that the woman were specifically singled out).

In the end, it is appropriate to note that the custom to not drink wine during this period was observed by the Rishonim, and was accepted by the Jewish nation for centuries before the Shulchan Aruch. The very Or Zarua, who quoted the girsa of R. Nisim, rules (2:414 and 415) that one must not violate this important custom. Also the Rashba, in his responsa (1:306, qtd. in Beit Yosef 551:11), has very sharp words to say about one who violates this custom. It is appropriate to end with a quotation from the Aruch Ha-Shulchan (Oâ€C 551:23) who writes that a Biblical prohibition is violated by one who drinks wine during this period:

Hundreds of years ago, our forefathers accepted upon themselves not to eat meat or drink wine from Rosh Chodesh Av until after Tishah be-Avâ€¦Nowadays, in our many sins, many people are mezalzel this prohibition. Besides the fact that they are in violation of a Biblical prohibition of neder, for our forefathers accepted this custom upon themselves and it is therefore a neder of klal Yisraelâ€¦ Their punishment is very great.

As a final note, I would add that the tone of Sperberâ€™s entire presentation was troubling to this listener. What type of message is appropriate for a Shabbat afternoon shiur in a community shul? The material was fascinating and the potential for a positive educational learning experience was ripe. Sperber could have engaged the sources, and used this example to demonstrate the nature of transmission, as seen through the different traditions of the Yerushalmi text. Instead the event contained a tone that likely undermined the authority of the Shulchan Aruch in the eyes of some of the listeners. Indeed, the smirks, and occasional laughs from the audience that accompanied Sperberâ€™s declarations that the Shulchan Aruch erred, and that the â€œpassage in the Shulchan Aruch is based on a faulty interpretation,â€ were reflective of this lost opportunity.*

* A note regarding censorship. My words here should not be misunderstood as a militant call to â€œhide the truth from the masses.â€ When the truth is apparent, we need to reverently address it. However, because in this case it is far from apparent where the truth lies, it appears to me that a bit more prudence and respect could have been exercised.
2010-07-05
Gil Student
Previous: Audio Roundup C
Next: Get-Together: This Wednesday