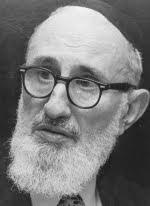 R. Aryeh Frimer has published an essay on the position of R. Joseph B. Soloveitchik regarding the ordination of women as rabbis (link). It is partially based on an essay in Shi’urei HaRav on Yoreh De’ah (available for purchase here: link), which is translated in this post (link). One reader e-mailed me that this essay is a vindication of my position:

I have been avidly following the recent discussion at the RCA Convention and on the various blogs regarding granting women semikha. I was rather surprised, however, that in all the active give and take, there is one opinion that has not been placed center stage. I am referring to the view of Moreinu veRabbeinu haRav Yosef Dov haLevi Soloveitchik ztâ€l, known by his students as â€œthe Ravâ€. The reason for this may well be the fact that the Rav never discussed this issue head on. However, there are several solid pieces of evidence which indicate, to my mind, that the Rav would clearly have opposed having women serve as Shul Rabbis and their receiving semikha.

The first piece of evidence is found in the recently published shiâ€™urim of the Rav on Yoreh Deâ€™ah.[1] In contradistinction to Rav Soloveitchikâ€™s Talmud shiâ€™urim â€“ which were very lomdish and had a large element of creativity and hiddush â€“ the tone of the Yoreh Deâ€™ah shiâ€™urim were halakha le-maâ€™aseh. The Ravâ€™s primary goal in the latter was to clarify the various views of the Mehaber, Rema and nosei kelim in preparation for semikha exams.[2] In one the first shiâ€™urim, the Rav dealt with the ruling of Rema to the effect that our custom is not to allow female ritual slaughterer (shohatot). The Rav suggests that the reason for this is that nowadays being a ritual slaughterer requires kabala â€“ the authorization/certification of a recognized scholar testifying to the candidateâ€™s knowledge of both the theory and practice of shehita. It should be emphasized that receiving kabala has community wide repercussions since it generally allows the bearer the right to apply for a position of shohet anywhere.