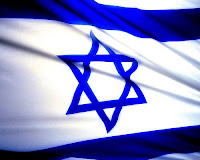 In honor of Israel’s sixty-second Independence Day, here are links to two e-books from this blog: “The Religious Zionism Debate” and “Do Not Ascend Like A Wall”.