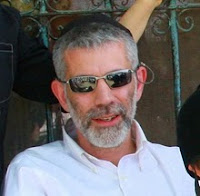 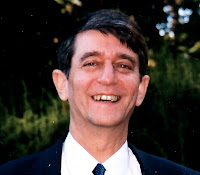 JQR‘s recently published 100th anniversary issue contains a few articles reviewing James Kugelâ€™s How to Read the Bible. William Kolbrener, a professor of English Literature at Bar Ilan University in Israel who blogs here (link), has graciously provided on my request an abstract of his article, â€œThe Real Thing: How to Read the Bible.â€ This and other articles may be purchased online here: link. Following the abstract I provide a link to Dr. Kugel’s response and my thoughts on his response.

In How to Read the Bible, James Kugel employs the many resources at his disposal – among them archaeology, anthropology and linguistic – to reveal a Bible, at once thought unified, to be rather â€œcontradictory and incoherent.â€ The story which takes center stage in the book is the contrast between the reading habits of â€œancient interpretersâ€ and â€œmodern scholars,â€ – and of how â€œpeople went from one way of reading the Bibleâ€ to â€œreading it in another.â€

Claiming allegiance to both sets of traditions, Kugel fashions himself as the one who delivers â€œrealityâ€ – that is, â€œthe real Bible,â€ summoned by his own â€œunbiased interpretation.â€ For Kugel, there are two Bibles: the real biblical texts and the â€œInterpreted Bibleâ€: they â€œmake up side by side, two completely different books.â€ Modern biblical scholars are said to deliver the former; traditionalists, liberal theologians and literary critics offer instead the debris of â€œhuman dogmasâ€ and â€œinterpretations.â€ Kugel ends up delivering what Thomas Nagel calls a â€œvoice from nowhereâ€ – the ostensible perspective of objectivity and so-called unbiased interpretation. How to Read the Bible thus fulfills the dream of the nineteenth century, in having finally revealed what von Ranke calls â€œWie es eigentlich gewesen,â€ the worldâ€”in Kugelâ€™s case, the Bibleâ€”as it really was.

Kugelâ€™s hypothetical â€œunInterpreted Bibleâ€ is also a fantasy â€“ the fantasy of modern biblical scholars. Not just from a post-modernist sensibility (which Kugel rightfully dismisses), but, from a perspective which ranges from Aristotle to Kuhn, from Milton to Wittgenstein, that understands that perceptions are never innocent of assumptions, and traditions of interpretation are always the vehicles for encountering texts. The mostly etiological (that is causal) interpretations of Kugelâ€™s modern scholars may be elegant, clever and ordered, but such interpretations leave the Bible as simplistic, even simpleminded. Kugel claims that the ancient interpreters ignore the â€œplain senseâ€ of Scripture and supply the â€œfinal and definitive interpretation,â€ but itâ€™s really the explanations he advocates that provide final and definitive interpretations of the biblical text. In Kugelâ€™s reading, it is predictably the heroic modern biblical scholar, from his (ostensibly) Archimedean vantage point, who provides the causal link that renders everything coherent and final.

Foregoing the objectivity which turns the Bible into a sloppy collection of unrelated fragments may not mean, as Kugel says of traditional interpreters â€œcrouchingâ€ in front of the Biblical text, but rather trying to occupy the traditions of those ancient interpreters which allow us to attend to a work that transcends our (sometimes overly narrow scholarly) expectations of what texts should be.

After the publication of the journal, Kugel responded online to the various critiques here: link (PDF). His last paragraph is reserved for Dr. Kolbrener. Kugel argues that Kolbrener only addressed his literary analysis, arguing that it is based on questionable assumptions and at best no more valid than ancient interpretations. However, Kugel responds that his assumptions are informed from various historical and archeological studies. This is, it seems to me, a vast overstatement.

There are certain meta-assumptions that modern scholars bring to the text and there are also many specific assumptions brought to specific passages that have only tenuous connections to other fields. There is little historical evidence that, to use one of Kolbrener’s examples, “the story of Cain is an etiological tale about the rejection of the ancient Kenites.” That is entirely interpretation. Simlarly, that “the sacrifice of Isaac an etiological marker of Israelâ€™s repudiation of child sacrifice.” Kugel would like to claim that these interpretations are solidly based on historical information. In reality, though, they are connected to history but not based on them. The interpretative assumptions underlying these explanations are entirely subjective.