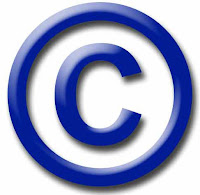 The Gemara (Bava Basra 165a) makes a startling statement: Most people steal, a few commit adultery and all engage in rabbinically forbidden speech. Most people steal? That sounds like something straight out of an anti-semitic handbook. What it really means, though, is that the bar of ethical conduct regarding money is extremely high. People find ways to justify to themselves delaying payment or failing to share information that must be disclosed or somehow not keeping to the letter of an agreement. There are many ways each day that we face the challenge of theft.

One way that is relatively unique to the modern world is the issue of copyrights. When artists or producers create something, the technology we now possess makes it very easy for us to copy their creative product, thereby stealing from them. When you copy a page from a book or a song from a CD, you are stealing from whomever holds the copyright. Or are you? Is there such a concept in Jewish law? The Talmud and codes do not speak specifically about such a right so maybe there is no technical theft in such copying.

A book in Hebrew devoted to this topic (Mishnas Zekhuyos Ha-Yotzer) was recently translated into English as Copyright in Jewish Law by R. Nachum Menashe Weisfish. Throughout the book, R. Weisfish traces two approaches to the issue of copyrights and applies them to a wide variety of questions. The two views are essentially as follows (5:intro):

It is not clear to me how R. Weisfish determined which position is the majority and which the minority. R. Moshe Feinstein and R. Shlomo Zalman Auerbach hold the “minority” opinion while R. Yosef Shalom Elyashiv holds the “majority” opinion.

R. Weisfish traces these two views as they impact a wide variety of copyright issues. For example, secular law allows for copyrights to lapse while Jewish law does not. Therefore, the minority view would allow copying an item after the copyright has expired while the majority view would not.

III. What Is Protected?

The question arises exactly what deserves copyright protection. What is considered an original creeation? R. Weisfish states that fixing minor errors in a book is not covered by copyright, so you may freely copy a new edition unless it is protected by a specific ban against copying it (8:3), which serves to create a right where copyright would not otherwise exist (1:1). Similarly, a literal English translation (he uses the example of the Soncino Talmud) is not a creation and therefore not protected (8:17). However, you may not copy or reprint any scholarly footnotes because they are protected.

Audio recordings also fall under the debate between the majority and minority opinions. It becomes even more complicated because Israeli law allows the copying of audio recordings for personal use. Nevertheless, if the recording contains a notice reserving all rights then you may only copy it as allowed under the law. If it reserves more rights and does not allow any copying then according to the majority opinion you may not copy it for personal use but according to the minority opinion you may, as allowed by local law (13:2).

The book contains many detailed analyses of interest. Chapter 14 discusses the duplication of software and chapter 15 the unauthorized use of original internet content (for those with rabbinic permission to use the internet, of course). There is a discussion of the importance of acknowledging sources and whether Torah material can ever be subject to copyright if we are obligated to teach it to others (yes, under various conditions).

Particularly interesting to me was the discussion of the conditional sale. Some Jewish CDs contain a clause that unauthorized copying renders the sale null and void. Does this mean that you can buy a CD, copy it and then return it to the seller for a full refund? According to R. Weisfish, yes, except that you must deduct from the refund the rental value for the time elapsed plus any damages you caused to the item (6:1).