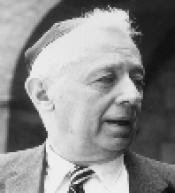 I have obtained permission to post the entire text of Prof. Saul Lieberman‘s responsum regarding women rabbis. The responsum in original Hebrew handwriting was first published in Tomeikh Ka-Halakhah vol. 1 (Union for Traditional Judaism, 1986), along with an English translation by Rabbi Wayne Allen. The following is the English translation:

To our friends and colleagues, Rabbis Dimitrovsky, Halivni Weiss, Zlotnick, Faur, Francus, may your peace be increased:

In regard to the question that was put before you whether it is permitted to ordain a woman as a rabbi, I would have preferred not to deal with this question at all because of hidden reasons which I do not wish to disclose. I was glad that they neither asked me nor requested me to issue a legal decision. But now I am afraid that it is forbiden me to deny kindness to others, to evade and not respond.

First, we must clarify whether a woman is fit to judge. Certainly it is an accepted teaching that women are unfit to judge, as Maimonides rules, Laws of Kings 1.4-5. This is also the ruling in the Shulhan Arukh Hoshen Mishpat 7.4. Refer to the sources cited by the Vilna Gaon there, sub-paragraph 14. And even though some of the Rishonim permit [women to judge], this is only in regard to giving interpretations, but not to teach how the law should be carried into practice. And never have we found a woman judge; neither in the era of the Tanna’im, nor in the era of the Amora’im, nor in the Middle ages. Moreover, they said in Sifre Devarim, section 13, ed. Finkelstein p. 21 (in regard to the judges appointed by Moses): “Men — and would we have ever even thought women?!” This astonishment of the Sifre proves more than the halakhic decision: never did they see or hear about a woman who judged. In any case, the ruling of Maimonides and the Shulhan Arukh is sufficient for us. There is no doubt that it is forbidden to ordain a woman to judge.

Now let us clarify what is ordination in our day. This is explained in the Book of Documents by Rabbi Yehudah Barceloni, who explains to us when an “ordination document” was used. He writes (p. 152): “But now, even outside the Land of Israel, (or) [should be: if] the elders of the city agree or the elders of the synagogue or the academy to ordain one of the students [they are ordained — like the editor’s gloss] thereby, and they write an ordination document without placing their hands on his head. Rather, they only write him an ordination document as a reminder of semikhah. Since he has this ordination document in his hand, from that day forward all men call him rabbi and they appoint him among the judges and include him in the council of his colleagues, and his appurtenances and his clothing shall be like the appurtenances of the sages and like the clothing of the sages, his colleagues, and like other ordained rabbis and not like the students not yet ordained.” Later (p. 133), he writes: “This does not resemble semikhah and is not semikhah at all. Rather, it is a mere similitude and a remembrance of semikhah so that the students will pursue the ideals of scholarship about which we wrote earlier so that they will gradually increase their degree of wisdom and its application.”

In Lithuania they were accustomed to ordain young men who had not yet reached the stage of being able to render legal decisions with the title “a sage when he will so desire.” This has some support from Bava Metzi’a 85a that Rabbi (Yehudah haNasi) ordained the son of Rabbi Elazar the son of Rabbi Shimon with the title “rabbi” in respect to the future. Refer there. In regard to the content of the ordination document, it is written in the Book of Documents by Rabbi Yehudah Barceloni mentioned above (p. 131) the formulation of which I do not cite “so as not to dwell on the matter because the elders individualize the language of each document according to what they agree on, etc.” And in the formulation of the ordination that the author of Terumat haDeshen gave to Rabbi Yitzhaq Segal of Regensburg (according to Leket Yosher, Part II, p. 33): “and he is worthy to sit at the head and to judge and to issue legal decisions, etc., and they shall call him up to read from the Torah by the name “morenu harav” and similarly in any situation in which it is appropriate to mention him and to call him by this title, and he will issue legal decisions and serve as a judge and properly handle divorces, etc.” The purpose of this semikhah is to prevent unauthorized appointments to the office of rabbi. Refer to the lengthy discussion of this matter in the responsa of Rabbi David bar Hayyim haKohen of Corfu, Bayyit 22, Chapter 3, page 4 and onward, who was very stringent against appointing a rabbi without rabbinic ordination. And refer to the responsa of Rabbi Yitzhaq bar Sheshet, nos. 271-2. And we have already seen from the statements of Rabbi Yehudah Barceloni that there was not a fixed formulation of the ordination certificate. Rather, they were accustomed to expand the wording with florid language.

In truth, these matters are clear from Sanhedrin 13b (in regard to actual “semikhah”, to judge matters of monetary fines): “and he is ordained by a title and they shall call him rabbi and they permit him to judge matters of monetary fines,” and there is no mention here at all of issuing legal decisions or judgment because the title “rabbi” itself means that he is authorized to issue legal decisions and to judge. And similarly see Bava Metzi’a 85a mentioned above where the title “rabbi” means semikhah.

And what they are accustomed to writing today “yoreh yoreh–yadin yadin” is merely a flowery expression. It refers to a question and a response. that is to say, according to the Gemara in Sanhedrin 13a, it means to give permission to issue legal decisIons and to judge. And as we saw above in regard to the “semikhah” of our teacher Rabbi Yisrael Isserlein, only “yoreh yadin” is mentioned.

Thus, those ordaining rabbis who did not write “yoreh yoreh–yadin yadin” acted well because there is no granting of permission here, only certification and testimony that those ordained are worthy to issue legal decisions and to judge (provided that they continue to study) in accordance with our holy Rabbi in regard to the son of Rabbi Elazar the son of Rabbi Shimon, and in accordance with the frequent practice of the yeshivot of Lithuania which did not mind to even write “yoreh yoreh–yadin yadin” for students who had not yet reached the stage of being able to issue legal decisions, since they relied on the fact that [calling the students “rabbi” would greatly encourage them] and, in the end, the students would thus learn and become worthy to issue legal decisions and to judge.

The end of the matter is that it is clear from the sources that being called by the title “rav” (“Rabbi he shall be called”) reflects on the fitness to issue legal decisions and to judge, and we should not empty the title “rav” of its meaning from the way it has been understood by the Jewish people throughout the generations. Since a woman is not fit to judge, and she cannot become qualified for this, she cannot be ordained by this title (even if we see it as a mere expression, refer to the Tosafot, Avodah Zarah 5a, paragraph heading “Ella”).

Let us not make ourselves objects of derision and jest.

Previous: Why I Observe Two Days of Purim
Next: Perspectives on Purim