Women Who Shave Their Heads 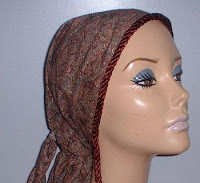 There is a custom among many Chassidic communities for married women to shave their heads after marriage. In fact, some Chassidic sources call the practice “one which derives from our holy ancestorsâ€¦it was a condition for marriageâ€¦it is only the ‘modern ones’ who say that just covering the hair is enoughâ€¦”[1] Other Chassidic authorities assert that “those who donâ€™t shave their heads should be considered promiscuous.”[2] Some Chassidic brides even shave their heads immediately following the chuppa ceremony, while others wait until the following morning.[3] It is customary to give a woman gifts on the occasion of her shaving her head and sources tell me that in Boro Park this custom is often discharged with diamond earrings.[4]

Click here to read moreIt should go without saying that this practice is not halachically required, and, in fact, it is clear from the Talmud that this custom was never practiced.[5] Moreover, the Talmud itself declares it “repulsive” for a husband to be forced to see his wife without hair.[6] Indeed, since Biblical times, forcing a woman to shave her head was regarded as a punishment.[7] Sefardic women never had the custom of shaving their head.[8] In fact, according to normative halacha it is forbidden for a woman to shave head under the prohibition for a woman to imitate the practices of a man![9] Nevertheless, it is worth exploring the issue and trying to understand how the practice began.

There is some discussion in halachic literature which seems to suggest that a woman’s hair might be a forbidden interposition between her body and the waters of the mikva in which she immerses each month.[10] This, however, is clearly an added stringency and is not halachically required. Indeed, one does not find any objection towards Chassidic women who go to the mikva before their wedding (which takes place before they customarily shave their hair) claiming that the immersion was invalid due to the presence of their hair! Additionally, there is a concern that some of a woman’s hair might remain on the surface of the mikva water and not be submerged along with the rest of the body.[11] However, it is for reasons such as this that in today’s mikvas there is always an attendant present who observes the immersion and ensures that the entire body â€“including all hairs- were successfully immersed in the mikva. It is also noted that women recovering after childbirth did not always have the opportunity to have their hair cut for quite some time. As such, it was common for even Chassidic women to have long hair when immersing in a mikva for the first time after childbirth.[12]

Some sources attribute the custom of shaving the head to a mysterious passage in the Zohar which seems to suggest that a woman should do so before going to the mikva each month.[13] However, some interpret the passage as simply encouraging women to trim any hair which grew during her nidda period, similar to the practice of cutting the nails before immersion, rather than requiring her to shave her entire head. In any event, this passage is not cited in any of the normative halachic codes as a reason for a woman to shave her head, although it is cited in order to convey the importance for married women not to allow any of their hair to show.[14]

Another explanation for the custom of shaving the head is based on a concern that a woman’s hair might become unintentionally exposed from under the wig or other hair covering that she is wearing.[15] There is also a theory that women began shaving their heads in order to deter the rape which was rampant as part of the many pogroms the Jews suffered in Europe. It is even suggested that the custom evolved in order that women not come to violate Shabbat by squeezing out their hair![16]

Rabbi Ovadia Yosef goes to great lengths to prove that shaving all of one’s hair is not halachically required nor is hair a forbidden interposition in the mikva.[17] Rabbi Moshe Shternbuch says that the custom has no halachic source and may have been instituted in order to ensure that no hair ever became exposed in any way.[18] A Chassidic woman who marries a non-Chassidic man is required to abide by her husband’s wishes in the event that he does not want her to shave her head.[19]