Yosef, His Brothers and Da’as Torah 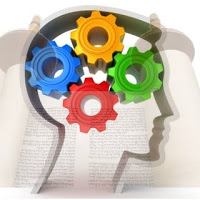 Rashi (Gen. 45:12) explains that when Yosef revealed his identity to his brothers, he gave them signs to prove to their father Ya’akov that Yosef was still alive — that he was circumcised and that he spoke Hebrew. Yet, it seems that they did not initially use those signs. When they arrived back in Canaan, they told their father (Gen. 45:26-27):

And they told him, saying, “Joseph is still alive, and he is governor over all the land of Egypt.” And Jacob’s heart stood still, because he did not believe them. But when they told him all the words which Joseph had said to them, and when he saw the carts which Joseph had sent to carry him, the spirit of Jacob their father revived. Then Israel said, “It is enough. Joseph my son is still alive. I will go and see him before I die.”

Click here to read moreFirst they try the direct approach and simply tell Ya’akov that Yosef is still alive and is the governor of Egypt. That doesn’t work and only then they tell him all that Yosef had told them to say. This seems odd. Yosef had predicted that he would rule over them and he was right! He was the “discerning and wise man” who was selected by Pharaoh to be the governor based on his wisdom. Shouldn’t they listen to his Da’as Torah and do exactly as he said?

It seems to me that there are two important lessons about Da’as Torah in this episode. As I posted last week (link), Yosef’s signs were not foolproof. An Ishmaelite could be circumcised and a Canaanite could understand Hebrew. However, the fact that he could do both was a strong sign, but still not absolute proof. Evidently, they decided that Yosef’s advice was not optimal because the signs were not convincing (or for some other reason). Therefore, they decided to take their own approach to telling Ya’akov, even though they recognized Yosef’s expertise in Da’as Torah. The lessons are twofold: