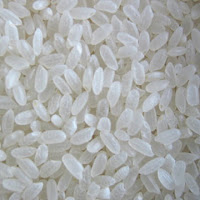 There is a rabbi in Israel who is making the news by saying that Ashkenazim in Israel are allowed to eat kitniyos on Pesach.* Two years ago, I explained why his main points are wrong (link). I’d like to explain briefly why the main leading authority in the past five centuries to argue similarly, R. Ya’akov Emden, would also not permit it nowadays. Nor, for that matter, did he permit it in his day.

In Responsa Mor U-Ketzi’ah (Orach Chaim 453), R. Ya’akov Emden points out that there are a few technical problems with permitting kitniyos to Ashkenazim:
Click here to read more

That is why he and his father would only permit kitniyos if the other great authorities of their generation would agree with them. This would solve problems 2 & 3. Problem 1 is solved because kitniyos causes problems: poor people do not have enough to eat and end up having to bake so many extra matzos to feed their families that they cannot be sufficiently careful in preventing them from rising and becoming chametz. Since revoking this custom will prevent violations, there is no need for a court that is greater in wisdom and number.

It is important to note that at no time did R. Ya’akov Emden or his father (R. Tzvi Ashkenazi) receive the approval of their contemporaries in permitting kitniyos. Neither does any scholar today.

Additionally, the reality has changed since then. With the widespread availability of machine-made matzos (Streit’s is selling online for $2.99 a box – link), this is not a custom that leads to violations. Regardless, the Maharatz Chajes (Minchas Kena’s in Kol Sifrei Maharatz Chajes, vol. 2 pp. 627-630) disputes the idea that since this custom leads to violations it can be annulled without a court that is greater in wisdom and number. Because this custom spread so widely, argues the Maharatz Chajes, it does not fall under the loophole that R. Ya’akov Emden was attempting to apply.

Note that this has nothing to do with adding to the custom and prohibiting more things. I am not in favor of that.