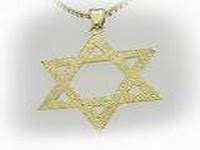 I once heard a very yeshivish educator, I think a rebbe in the Mir (Brooklyn), tell a story about how a cousin of his became observant. The non-religious cousin adopted a son and asked an Orthodox rabbi, I believe R. Haskel Lookstein, to convert the baby to Judaism. R. Lookstein agreed on condition that the parents would send the child to Ramaz [UPDATE: I later learned that R. Lookstein did not specify Ramaz, just a traditional day school]. Some might see this as self-serving, since R. Lookstein is the principal (or dean, or something like that) of the school. But as it turns out, the child’s education ended up influencing the family to become fully observant.

Click here to read moreI later learned that R. Lookstein’s condition was based on a ruling from R. Joseph B. Soloveitchik. Halakhic authorities in the past have dealt with the question of whether we can convert children to become non-observant Jews. The problem is that the children cannot affirm the conversion, since they are minors, and therefore the religious court affirms the conversion on their behalf under the theory that you are able to acquire a benefit for someone without his permission (Kesubos 11a). In the case of conversion, becoming Jewish is a benefit and therefore the court can affirm that benefit on behalf of the child. But what happens when becoming Jewish is not a benefit for the child? Specifically, when the child will become an adult who violates prohibitions and accumulates divine punishments, that is not a benefit but a detriment. What gives the rabbinic court the right to acquire these punishments for this child by converting him to Judaism? That is the theory behind the inability of a religious court to convert a child into a non-observant family. R. Yechiel Ya’akov Weinberg (Seridei Esh 2:96 [2:61 in new editions]) writes that the broad consensus among halakhic authorities is that you may not convert a child into a non-observant family.

R. Joseph B. Soloveitchik agreed with that consensus but added the following caveat: When the child will be given a framework of Torah education, with minimal family observance and day school attendance, there is a sufficient chance for the child to become observant and therefore the conversion is a benefit for the child (R. Hershel Schachter, Nefesh Ha-Rav, p. 245). In the case of the story above, it turned out that the Ramaz education did, in fact, lead to the converted child living a fully observant lifestyle.

This is relevant because an Israeli religious court recently invalidated the conversion of Yossi Fackenheim, the adopted son of Reform philosopher Emil Fackenheim (link). I don’t know the details of Fackenheim’s conversion or who approved it but it seems that the validity of the conversion, at least according to R. Soloveitchik, depends on a number of details including what school he attended as a child. It is not out of the question that the conversion was invalid, but any informed comment on the matter requires investigation of the specific circumstances. It is certainly notable that his conversion was accepted when he applied for Israeli citizenship and was married by the Israeli Rabbinate.

The discussion of his status is obviously painful for him and it does him no good to have us speculating about it. However, seeing how this might be an example of Israeli religious politics negatively affecting someone’s life, it is important to note publicly that we have insufficient facts to determine whether this is a legitimate legal decision. It is sad that we cannot assume rulings of rabbinic courts are legitimate, but such is the current environment. Nevertheless, we should also not assume that it is illegitimate. Right now we just don’t know.

The RCA recently launched its conversion website (link) and lists its requirements for child conversion, a version of which I am told has been in effect for over a decade. They are consistent with what has been relayed in the name of Rav Soloveitchik (link):

[5.b.]ii Therefore, a Jewish couple that has adopted a child to be converted must:

â€¢ belong to an Orthodox synagogue within walking distance of their home, and

â€¢ In addition, full observance of elements such as Shabbat, Kashrut, holidays, etc., should be part of the adoptive familyâ€™s lifestyle. To that end, the sponsoring rabbi and the converting Bet Din should use the opportunity to encourage the family to accept a complete standard of observance. However, where this can not be accomplished, then at the very minimum, if there is

â€¢ a positive attitude towards full mitzvah observance and commitment to Halacha within the basic family unit, after consultation with the RCA/BDA and after writing an explanatory memo that will be included in the conversion file explaining the circumstances, giyyur katan (conversion of the child) may be allowed.

In other words, conversion into a family that isn’t completely observant is not optimal but given a framework of a positive attitude towards basic Jewish observance, it is acceptable. It would be helpful to know if the Israeli court just invalidated these guidelines or the case under consideration did not fulfill them.

And only slightly related, I was sent this humorous video of a secular Israeli discussing how to convert to Judaism (edited out his discussion of circumicision and how Charedim learning all day has led to Israel being free from any danger):