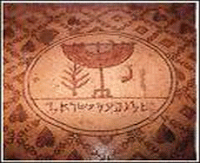 There is no provision in halacha to note that a once valid conversion is now invalid, any more than there is a provision to note that once kosher meat is no longer. But, halacha (as well as any other legal system albeit that is for a different esay) recognizes that something can be thought valid or kosher at one time and in fact be determined later to have not been kosher or valid even at the original time it was done. There is nothing retroactive about such determinations or unusual. A get might be given that is thought to be valid at the time that it is given but turn out not to be valid, or a yibum done that was thought to be valid that actually was not, or an animal thought to be kosher that was subsequently determined never to have been kosher, or a marriage entered into that was later determined not to be valid. All of these are normal to halacha (and to every legal system).

The crucial question is what are the proper standards for converting minors. Not surprisingly, that matter is in dispute.

No less than four views can be found on when a rabbinical court ought to consent.

The first view is the view of Rabbis Kook and Elyashiv (Da’at Kohen, Milah veGerut 147-148 and Kovetz Teshuvot YD 2:55) that a bet din ought not to convert a child to Judaism unless it is nearly certain that the child will grow up to be religious. The consent of the rabbinical court is a substitute in this view for the consent of the child, and no person would consent unless they expect to be observant in fact.

The second school of thought is that of Rabbi Chaim Ozer Grodzinsky who advises not to perform such conversions unless the child will grow up to be religious, but recognizes that there will be situations where such a conversion can be validly done, even if the children will not grow up observant (see Achiezer 3:28), as such a conversion is sometimes in the best interest of the child.

The third view is the initial view of Rabbi Moshe Feinstein, which permits conversions when the child will attend an Orthodox school since in such a case it is likely that the child will be religious. See Igrot Moshe YD 1:158 and EH 4:26(3). Rabbi Ovadiah Yosef indicates agreement with this view of Igrot Moshe. See Yabia Omer EH 2:3 and 2:4).

The final view is the concluding view of Rabbi Feinstein, which is that it is always better for a person who is not obligated in mitzvot to be Jewish and thus the conversion of all minor children is possible. See Igrot Moshe EH 4:26(3) and see also Igrot Moshe YD 1:158. Rabbi Jospeh B. Soloveitchik adopted a view that reaches the same conclusion as the most liberal view of Rabbi Feinstein, albeit with a completely different mechanism (kibush); see Rabbi Joseph B. Soloveitchik, “Community, Covenant and Commitment” at pages 21-22. (For an alternative explanation of the Rav’s view, see Nefesh Harav, p. 245, in which the Rav’s view is understood to be similar to the first view of Igrot Moshe.)

At first blush, Rabbi Feinstein’s final view is difficult to understand, but I think that the explanation is as follows. Rabbi Feinstein avers that every person is better off being Jewish if they can, but since conversion to Judaism generally requires acceptance of mitzvot, most people, even if they wanted to be Jewish, are not prepared to accept mitzvot in fact, and thus cannot convert. Indeed, the sinning associated with violating Jewish law makes conversion a bad idea (as a matter of Jewish law) for people who do not generally obey Jewish law. Minors, however, only benefit from being Jewish at the time of their conversion, since they cannot sin (as they are minors), whereas the theological benefits of Judaism accrue to them immediately even as they are not obligated in mitzvot. Thus, conversion is always of benefit to a minor at the time of conversion. Logic would indicate that Chazon Ish would agree with this proposition, as the theological calculus concerning conversion is prone to the same logic.

Obviously, the underpinnings of Rabbi Feinstein’s view is that the rabbinical court need only determine whether the conversion is of benefit to this child at this very moment without pondering into the uncertain future, a view which seems to be consistent with the general parameters of the rules of zachin le-adam shelo be-fanav. For more on this issue, see “Zachin Le’adam shelo be-fanav” Encylopedia Talmudit 12:135-197. This issue is worthy of further analysis.

It might well be that which view of the propriety of conversions to Judaism for minors who will not be religious one adopts depends on whether one thinks that such children can, in fact, reject the choice of Judaism made for them as children when they become adults. For more on this, see Shulchan Aruch Yoreh Deah 268:7 and commentaries ad locum.

Given these competing views, it is not surprising that there is a bet din somewhere that rules fully like Rabbis Kook and Elyashiv that conversions done in which the child never turns into a religious adult are void. On the other hand, in the particular case at hand (involving the question of whether a woman married to man converted in this way needs a get), the same authorities who say this man is Jewish maintain that the decision to allow his wife to leave her marriage without a get is improperly lenient and permits eshet ish leshuk and creates mamzerim (no small matter, to be candid). Thus, in my view, since our general practice is to singularly strict on matters of mamzerut, I think it is wrong to allow this woman to remarry without a get being given, as Rabbis Feinstein, Yosef, Grodzinsky, Soloveitchik and Chazon Ish (gedolim of the first rank, and rov minyan and binyan of the last century, in my view) think that the child from the second marriage of this woman without a get is a mamzer.

However, I see no reason to argue that Jewish law intrinsically mandates uniformity on standards of conversion (as it, for example, does on matters of Jewish divorce). Although at first blush one could argue that conversion matters, like divorce matters, are core status matters which thus call for a consensus, that is a mistaken read of the reasons why consensus developed in matters of divorce. In matters of divorce, possible mamzerut likely develops after a woman is given a divorce that is valid according to one view but not according to others and that possible illegitimacy is essentially uncorrectable. That is not the case in matters of conversion. A person who converts according to one understanding of halacha (which is rejected by other poskim) might not be Jewish according to all decisors, but the process of correcting that problem is relatively simple if the parties wish to correct it. For this reason, there ha
s been no firm rabbinic tradition of consensus in many areas of status-changing halacha such as conversion or chalitza. (This is not a small issue.)

I, for one, like the intellectual diversity within halacha, and am not at all certain that there is any problem here as a matter of halachic theory. We all know that poskim have different understandings of the halacha even about serious matters such as conversion, and that is okay. It is only in the areas of unchangable status, such as mamzerut that we seek deep consensus.

Even if there is a practical problem there is no ready solution except to default to the highest standards, which creates serious problems of its own.