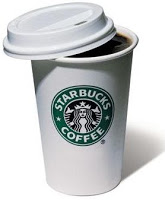 I saw an interesting debate mentioned briefly in the most recent issue of the excellent local newsletter, Halachically Speaking (archives are available here: link but not the current issue). The question is whether you can recite havdalah over a cup of coffee. It struck me that this is an issue whose resolution changes depending on the time and place, and that answers given 50 years ago, or even 10 years ago, might not necessarily be applicable today.

I. Havdalah On A Cup

Click here to read moreHavdalah is the ritual recitation that signifies the end of a holy day and the beginning of a less holy day. We can recite it during our prayers and/or in the form of a blessing. However, to strengthen the ritual and give it more importance, the Sages decreed that we have to recite it over a cup of wine. Just saying the words without the full ceremony is insufficient and you are not allowed to eat anything until you say havdalah on a cup of wine. However, when wine is unavailable you are allowed to use chamar medinah (Pesachim 107a). Chamar medinah is literally translated as “local wine” but means the local substitute for wine. When wine is unavailable, or you prefer a different drink (Shemiras Shabbos Ke-Hilkhasah 60:3), you can use the local substitute.

The Shulchan Arukh (Orach Chaim 296:2) rules that when wine is unavailable for havdalah, you can use chamar medinah but not water, even if water is the most commonly consumed drink, because it is not important.

The question, then, is what the author of the Shulchan Arukh intended to exclude when he wrote that you cannot use water (really, others before him wrote the same, such as the Rashbam in his commentary to Pesachim). Some, such as the Halakhos Ketanos (1:9), suggest that this condition was meant to exclude any beverage that is not alcoholic. Therefore, alcoholic beverages like beer and whiskey can be used if they are common drinks but juice and soda cannot. This position is accepted by R. Ovadiah Yosef (Yabi’a Omer, vol. 3 Orach Chaim no. 19; Yechaveh Da’as 2:38).

Others suggest that only water was excluded but other non-alcoholic beverages, such as milk or juice, may be used. This is the position of the Arukh Ha-Shulchan (Orach Chaim 272:14), R. Moshe Feinstein (Iggeros Moshe, Orach Chaim 2:75), R. Eliezer Waldenberg (Tzitz Eliezer 8:16, 14:42) and R. Shlomo Zalman Braun (She’arim Metzuyanim Ba-Halakhah 96:kuntres acharon:3).

There is another concern that certain beverages, like lemonade and soda, are merely flavored water and therefore fall under the exclusion of water (Arukh Ha-Shulchan, Orach Chaim 296:13). However, R. Moshe Feinstein sets the distinguishing characteristic of water as being that people only drink it out of thirst or to cool off. He says that this is also the case with soda, which therefore has the status of water. However, if soda is no longer drunk for that purpose but is also consumed for its taste (that’s why I drink it), then presumably it would be acceptable for havdalah.

I would have thought that the situation of a soldier in the field would be one of extreme circumstances during which leniencies would be allowed. While most of us live in a place where wine is plentiful and therefore using a substitute is not appropriate, that is not always the case for a soldier. However, when I looked in halakhic manuals for Israeli soldiers, I found three different positions that cover the spectrum.

R. Zekhariah Ben Shlomo (Hilkhos Tzava 36:41) follows R. Ovadiah Yosef in only allowing alcoholic beverages, and writes not to rely on those who allow other options. When no alcoholic beverage is available, there is no havdalah on a cup. R. Yosef Tzvi Rimon (Tzava Ka-Halakhah, pp. 115-116) quotes both opinions and allows non-alcoholic beverages only in extreme cases of urgency. R. Nachum Rabinovitch (Melumedei Milchamah, no. 82) accepts the lenient position and even allows soda to be used, under the logic that mixing soda syrup with water is no different than diluting wine with water.

Coffee is generally included with tea as being similar to water, with some not allowing it for either because it is non-alcoholic or because it is flavored water. However, there is also a view that coffee is not allowed because people do not drink it for its taste but mainly for its caffeine (Levushei Mordekhai 2:Orach Chaim:51, cited in Yabi’a Omer, ibid. par. 5).

According to this last view, I would suggest that, particularly with the growth of the gourmet coffee market over the past decade, the reality is changed and coffee is now consumed for its taste more than previously.

Of course, none of this is relevant according to the most lenient opinion. The Arukh Ha-Shulchan (ibid.) writes that he is aware of great rabbis who frequently recited over a cup of tea or coffee. Those who are lenient must be careful to drink at least the minimum amount of coffee (a mouthful) within approximately nine minutes.