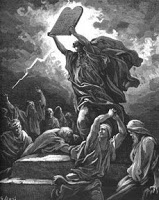 Click here to read moreThe Episode of the Golden Calf