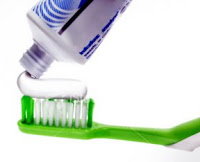 More for Shmuly (continued from here).

The categories of smoothing and spreading were best explained to me by R. Jeremy Wieder, after his oldest child was born when we were discussing whether one may rub cream on a baby (note that this was an informal discussion and he could very well have reached a different conclusion at another time). He suggested considering a rough surface that one wishes to smooth. One can sand it down, which would be smoothing (memachek). Or one can spread plaster over it to fill in the grooves and create a smooth surface on top, which would be spreading (memarei’ach). Brushing teeth with toothpaste conforms to neither of these descriptions. This is also the way that R. Soloveitchik (Nefesh Ha-Rav, pp. 168-169), R. Chaim Regensburg (Mishmeres Chaim, no. 9) and R. Ovadiah Yosef (Yabi’a Omer, vol. 4 Orach Chaim 27:2) explain the prohibition.

When brushing teeth, one uses the toothbrush, toothpaste and water to remove dirt/plaque from on top of the teeth without removing (sanding down) anything from the teeth. It therefore does not fall under either smoothing or spreading. However, it could be suggested that one is spreading toothpaste on top of the teeth before spitting it out with the dirt. R. Regensburg answers that brushing is not a careful spreading but a forceful brushing and no smooth layer is created on top. There is a rabbinic prohibition of spreading that applies to spreading thick honey (Shabbos 146b), which would seem similar to toothpaste. However, the application of toothpaste to teeth is so temporary, because it is quickly rinsed off, that it cannot be called spreading at all.

The Tzitz Eliezer (7:30:8) counters that there is no minimum time requirement for spreading and therefore even spreading the toothpaste for a moment is prohibited. R. Ovadiah Yosef adds a postscript to his multiple responsa (or long responsum) on this subject in which he notes the positions of a number of his contemporaries, including the Tzitz Eliezer, and states that he does not find their arguments convincing.

There are a few other potential issues, such as doing a “weekday activity” (uvdin de-chol) and cleaning a toothbrush after use as a form of forbidden preparing for after Shabbos. Most authorities dismiss the former, although R. Chaim Na’eh (Ketzos Ha-Shulchan, vol. 7 p. 99) accepts it. And while R. Moshe Feinstein adopts the latter simply, R. Ovadiah Yosef dismisses the preparation as minor (see Yalkut Yosef, Shabbos vol. 326:13 n. 27) but nevertheless forbids washing off a toothbrush after use because there is no longer a need and one should therefore be strict on the issue of squeezing due to cleaning. There is also a potential issue of molid by turning the semi-solid toothpaste into foam and liquid, but this is almost unanimously dismissed by authorities. On all of these, see R. Aryeh Lebowitz’s article on the subject (link).

The following is an admittedly non-comprehensive list of positions on this subject:

2007-12-28
Gil Student
Previous: Elitism and Leadership
Next: When Tigers Attack